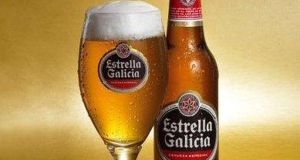 Hijos de Rivera, which owns the Estrella Galicia brand, has a 6 per cent share of the Spanish beer market.

A Spanish family business best known for the Estrella Galicia brand has taken a 32 per cent stake in the Carlow Brewery Company, one of Ireland’s biggest independent craft beer producers.

Carlow Brewery Company, which trades as O’Hara’s Brewery, was established by Seamus and Eamonn O’Hara in 1996.

No financial details have been disclosed for the investment by Galician brewery Hijos de Rivera. Established in 1906, the company has a 6 per cent share of the Spanish beer market. It is most well known for Estrella Galicia beer and Maeloc Cider.

The company, which distributes its drinks worldwide, first struck up a relationship with Carlow Brewery Company two years ago.

“The opportunity to work with Hijos de Rivera, a progressive, family-owned and independent brewery with a long tradition of brewing under the Estrella Galicia brand, made the most sense for us due to a shared sense of value, heritage and culture,” said Seamus O’Hara.

“Carlow Brewing Company was established in 1996, and we have been lucky enough to be at the forefront of craft brewing in Ireland for over 20 years. Our growth in recent years has given us the opportunity to offer a return to investors who have been a huge support to our business from the start. It has not been easy to get to this point. We have overcome a lot of challenges and obstacles along the way but some remain,” said Mr O’Hara.