Profits down but revenues up at Cadbury owner’s Irish unit 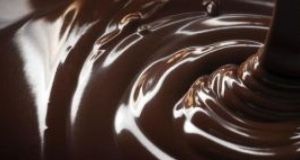 The main Irish subsidiary of Cadbury owner Mondelez reported a drop in profits in 2018 despite revenues increasing to €184.6 million from €180 million a year earlier.

The subsidiary, which manufactures confectionary products under an agreement with Kraft Foods, has undergone a major restructuring in recent years that led to the close of its gum base manufacturing plant in Tallaght, Dublin, in early 2015 with the loss of 45 jobs.

Mondelez also cut 160 jobs at its other facilities in Coolock, Co Dublin, and Rathmore, Co Kerry, at that time as it announced a €11.7 million investment in new chocolate-making technology at the Dublin facility to concentrate production on core chocolate brands such as Twirl.

The company, which employs 81 people locally, reported staff costs of €7.25 million, as against €11.9 million a year earlier when headcount stood at 85 people.