Ornua to expand US cheese-making operation with $10m investment 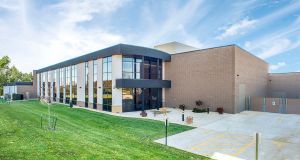 Ornua, the State’s largest dairy exporter, will invest $10 million (€8.7 million) in one of its US cheese-making facilities to increase production capacity by almost a third.

The owner of the Kerrygold brand said on Wednesday that it will expand its Hilbert, Wisconsin, cheese ingredients facility by adding 22,000sq ft of warehouse and cooling infrastructure. This will add 30 per cent to production capacity.

“This latest round of investment is consistent with the investments made since Ornua acquired Thiel Cheese and it is a business that will see further investment over the coming years,” said Bernard Condon, managing director of Ornua Ingredients.

Ornua processes nearly 45 per cent of the Republic’s near eight billion-litre milk pool on behalf of a 33-strong group of co-ops, processors and food firms.

The Dublin-headquartered company had total sales of €2.3 billion last year and employed 2,400 staff.