Kildare whiskey distillery to be developed by Bono-backed firm 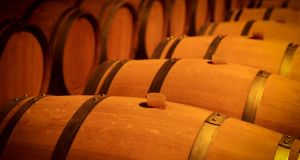 The distillery venture is being developed by a Dublin-based company called Jewelfield Ltd which lists Bono as a shareholder. Photograph: iStock

Kildare County Council has given the green light for a multimillion euro whiskey distillery and visitor centre in which U2 frontman Bono has a business interest.

The artisan facility earmarked for the 200-year-old Ballykelly Mills near Monasterevin will have reception areas, tasting rooms and an exhibition space.

The distillery will also feature a roof garden and viewing area on the Mills building.

Plans were originally submitted in September last year for the large-scale development to be located over a two-hectare site.

The distillery venture is being developed by a Dublin-based company called Jewelfield Ltd which lists Bono as a shareholder under his real name Paul Hewson.

The seven-storey Ballykelly Mills date back to the early 1800s and began as a large corn and flour mill.

Grain was brought there for sale and sent to Dublin and also exported to England and Scotland.