Government accused of ‘talking out of both sides of its mouth’ 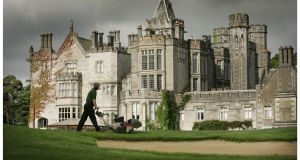 The Restaurants Association of Ireland (RAI) has hired a recruitment consultancy to bring in chefs to Ireland directly from Italy and Croatia, to help combat an acute industry shortage that it estimates currently numbers “at least” 7,000 to 8,000 chefs.

Adrian Cummins, chief executive of the RAI, said it has hired Global Force recruitment to help address the massive shortfall of trained kitchen staff that its members face.

Speaking ahead of the association’s agm on Monday in Adare Manor in Limerick, he said Global Force in the last two months brought in up to 100 chefs from Italy for RAI members. Mr Cummins said he hopes that it will bring in 500 chefs from Italy this year in total. The RAI is also, meanwhile, attending trade fairs in Croatia with a view to sourcing more chefs there.

The RAI says the acute shortage of chefs is widening by at least 3,200 annually. Mr Cummins said training colleges only produce 1,800 new chefs per year, while the industry needs at least 5,000 annually.

Mr Cummins said the RAI is “deeply disappointed” by the Government which he accused of “talking out of both sides of its mouth” in response to its repeated calls for help on this issue: “We feel the industry has been blacklisted by government. They won’t allow us to freely hire chefs from outside the European Union. They won’t give us the tools to hire more staff.”

Under current employment laws, only ethnic restaurants are allowed recruit chefs from outside the EU, with the numbers coming in tightly controlled by State officials. The RAI estimated only about 220 ethnic chefs were brought into Ireland under these rules last year.

The RAI wants the State to reconstitute the old hospitality training agency, CERT, to help address the shortage by producing more graduates - it takes four years to formally train a chef at third level in culinary arts. CERT was subsumed into Fáilte Ireland a number of years ago.

The industry also wants asylum seekers who may be chefs to be allowed to work in the sector. Following a recent Supreme Court judgment on the right of asylum seekers to work, the State published a list of sectors in which they would be allowed seek employment. Hospitality was not among them.

“There is frustration and anger among RAI members over the shortage. We’ve been promised help from the government , but it hasn’t arrived. It all falls between two departments - Justice and Jobs. Someone needs to take control of this issue,” Mr Cummins said.

He conceded the industry could also do more to help itself, including combating the perception that there may be a culture of bullying in the chef profession. The RAI said some celebrity chef television shows, such as those featuring Gordon Ramsay in the UK, do not help the attractiveness of the industry. He said some televisoon shows glorify bullying for entertainment.

“It doesn’t help with parents, and whether they might encourage their children to enter the industry,” said Mr Cummins.

RAI president Liam Edwards, who runs the Liam Edwards restaurant in Kinsale, said working conditions have improved for chefs and that the reality is now often different to the perception.

“There is now much better management now of those issues [bullying] and in the management of long working hours,” he insisted.

Meanwhile, the industry estimates that the recent snowstorms cost the industry €50 million annually in lost revenues.