Another Perfect Day for Cork as biotech company raises $140m 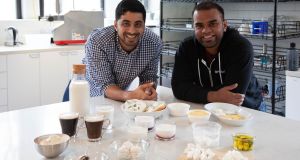 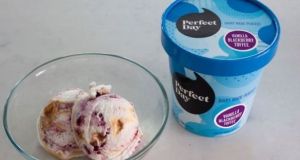 A biotechnology start-up, that evolved from a Cork accelerator, has raised $140 million (€125 million) in funding to help its bring animal-free dairy products to market.

This brings to over $200 million (€180 million) the amount Perfect Day has secured in investment since participating in Sean O’Sullivan’s RebelBio accelerator programme in Cork city in 2015.

Temasek and Horizons Ventures, which led a Series B funding round for the company earlier this year, returned to lead the new round with other existing investors also participating.

San Francisco-headquartered Perfect Day (formerly Muufri) has developed a synthetic product that uses bioengineered yeast that, through fermentation, produces a protein that is genetically identical to dairy protein. Foods produced using the protein have the same nutrition, texture and taste of conventional dairy products.

Perfect Day was only founded when Perumal Gandhi and Ryan Pandya came together to apply for RebelBio, the world’s first life sciences accelerator programme, that was initiated and is still run by Mr O’Sullivan’s venture capital firm, SOSV.

The start-up was part of the first cohort of companies selected to take part in the accelerator, receiving about $50,000 (€44,000) in seed funding, lab space at University College Cork, and guidance from entrepreneurs including Mr O’Sullivan and CoderDojo co-founder and SOSV partner Bill Liao.

Its founders made headlines around the world when they announced plans for a cow-free milk product while taking part in the accelerator, which has since relocated to London.

Perfect Day received its first patent for the use of animal-free dairy proteins in food applications early last year.

In July the company quickly sold out of a limited-edition synthetic ice cream it has developed, its first product to come to market.

“We were able to demonstrate with our ice cream launch – which sold out in a single day – that flora-based protein delivers on the dairy experience, and that people are excited about what we’re doing,” said Ryan Pandya, Perfect Day’s chief executive.

He said the company expects to announce its first commercial partnerships early next year as it looks to focus on manufacturing and commercialising it protein in multiple markets.

Mr O’Sullivan’s SOSV, which began life in Cork, has also been in the headlines this week after announcing a new $277 million (€249 million) fund that will back around 150 new start-ups a year and also invest again in companies it has previously backed.