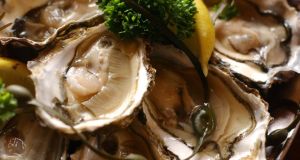 It hasn’t all been good news on the export front for food targeting the Asian market of late.

An outbreak of the food- poisoning novovirus has led to the import of raw oysters produced in Donegal being banned by Hong Kong’s centre for food safety (CFS), part of the territory’s food and environmental hygiene department.

“While following up on recent food poisoning outbreaks caused by norovirus, the CFS was notified by the Irish authorities that the virus was found in a raw-oyster-processing plant in Donegal county,” the agency said in a statement.

“For the sake of prudence, the CFS has banned the import of all raw oysters from Donegal county into Hong Kong since February 17th.”

The agency also said that, despite the ban, the CFS had since found raw oysters originated from Donegal imported into Hong Kong via France.

“The importer concerned has voluntarily surrendered the batch of raw oysters concerned to the CFS for disposal,” it said. The investigation is ongoing.

1 How much state pension will I get next year?
2 Am I crazy to consider switching to an Ulster Bank mortgage?
3 Housing crisis here to stay in absence of big rethink, industry warns
4 Up or down – how much is your Local Property Tax this year?
5 How long can Government afford to keep State pension age at 66?
6 Brexit to curb services trade with UK, accountants group warns
7 PTSB plays down Ulster Bank talk as it sells €1.4bn of loans
8 Irish tech company Asavie acquired by Nasdaq-listed Akamai
9 Avolon appoints Paul Geaney as chief risk officer
10 First Derivatives expects Covid-19 to accelerate growth
Real news has value SUBSCRIBE