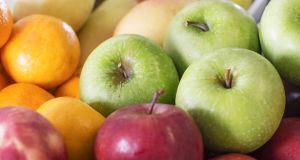 Small-scale suppliers of perishable goods who face difficulty getting prompt payment from supermarkets and big food production companies are set to get a new legal armoury to help them in their unequal struggle.

Irish EU agriculture commissioner Phil Hogan on Thursday set out a package of reforms to ban “unfair” contract terms and enable national authorities to police the conduct of big buyers.

The measures would ban unilateral or retroactive changes to contracts and outlaw taking longer than 30 days to pay suppliers of perishable products – such as dairy goods, fruit and veg, and food products – except by mutual agreement.

The practice of breaking contracts at the last minute resulting in the dumping of perishable goods will also be outlawed.

Mr Hogan, speaking to journalists in Brussels, denied industry claims that he was addressing a non-existent problem. Twenty member states had already taken action, he said, and the unanimous support on Thursday of the European Parliament’s agriculture committee reflected a genuine need for action, he said. Some farmers waited months for payment.

He also adverted to the practice of demanding that producers take back unsold produce as an “unfair” practice that concerns the commission. The proposed legislation does not deal with that at present. The commissioner insisted the price of food would not be affected by the measures.

To ease concerns from suppliers that their complaints may lead to retaliation, member states would have to set up enforcement authorities to hear confidential complaints, launch investigations and examine suspect practices.

Such authorities would be able to fine big buyers who unfairly trade with small and medium-sized food suppliers – those with fewer than 250 employees or less than €50 million in annual turnover.

Thresholds may be adjusted by MEPs or the member states during the legislative process and the level of fines will be set at national level, the commissioner said.

Mr Hogan points to the work of the UK’s groceries code adjudicator set up four years ago as “a wonderful example” of what can be done. It monitors the 10 largest UK food retailers and their relationships with their direct domestic and international suppliers. It can levy fines of up to 1 per cent of annual turnover.

The proposed measures have been broadly welcomed by consumer and farming organisations and will be discussed by ministers at the Agriculture Council on Monday.

1 Pilita Clark: When a rude boss keeps you waiting, why not walk out?
2 Comcast acquires Irish cloud-based telco Blueface
3 Henderson Park seek €400m+ for prime Dublin office blocks
4 Five things to watch out for in Apple’s earnings
5 Money matters: ‘My father embarrassed us with his haggling’
6 Opioid executive admits to ‘no morals’ ahead of prison term
7 US threatens retaliation against EU over proposed carbon tax
8 Irish-founded ‘kid tech’ company SuperAwesome gets Microsoft backing
9 Little strategic thinking in election manifestos of Fine Gael and Fianna Fáil
10 Are there annual limits on inheritances or gifts to a child?
Real news has value SUBSCRIBE