Aryzta executive pay deal opposed by almost half of shareholders 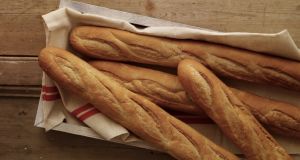 The bakery group’s chairman acknowledged that the vote in favour of the compensation report was lower than the board would have liked.

Close to half of baker Aryzta’s shareholders opposed the Irish-Swiss group’s executive pay deal at its annual general meeting (agm) on Thursday.

Aryzta, owner of the Cuisine de France bakery business, paid executives bonuses of 50 per cent of their pay for staying with the business following a slew of senior management departures earlier this year.

The move prompted a significant vote against the company’s compensation report, which allows shareholders to express their views on executive pay, at the agm in Dublin.

Investors with about 18.7 million shares, 46 per cent of the company, voted against the report, while 22.22 million, 54 per cent, supported it. Most other motions passed with a 90 per cent-plus majority.

Chairman Gary McGann acknowledged at the meeting that the vote in favour of the compensation report was lower than the board would have liked.

“The retention payments were put in place in exceptional circumstances and were once-off rather than the rule, and are not going to be repeated,” he added.

Speaking after the meeting, Mr McGann explained that many shareholders’ advisers would have opposed the retention payments on principle alone because they were not tied to performance targets, as most bonuses are.

He said the board had explained the difficulties that had led to the payments to investors. “Shareholders will listen and then vote,” Mr McGann added.

“That lays out clear metrics that are pertinent to the business,” Mr Toland said. Shareholders agreed to limit the maximum total that executives can be paid in its current financial year to 21 million Swiss francs (€18 million).

Mr Toland ruled out the possibility that Aryzta would buy any further businesses while it focused on cutting its €1.7 billion debt and shaking up its strategy.

His chairman also stressed the company would consider issuing new shares only as a “last resort” if it had no other means of raising cash to fund the steps it needed to take to tackle its problems.

Aryzta is set to raise €84 million from the sale of Irish hotel and restaurant supplier La Rousse Foods for €30 million Supervalu-owner Musgraves and from a €54 million dividend from its stake in French frozen-food firm Picard.

The group, which grew out of the old IAWS business, owns bakeries La Brea, Otis Spunkmeyer and Coup de Pates, as well as Cuisine de France. It has operations in Ireland, Europe and the United States.