Former accountant has worked for parent company ABP since 2004 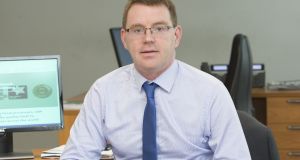 C&D is a subsidiary of ABP Food Group, which is controlled by beef baron Larry Goodman. It has nine manufacturing facilities in seven countries.

Mr Dore has been employed by ABP in Ireland since 2004, holding a number of roles in the fresh meat division, most recently as a plant general manager.

C&D was founded in 1969 by former Taoiseach Albert Reynolds. It suffered a major setback in 2006 when a factory in Longford burned down, reducing the company’s turnover from €100 million annually to about €60 million.

This year, it acquired the remaining 15 per cent shareholding held by Philip Reynolds, son of Albert Reynolds.