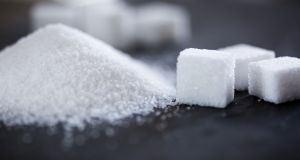 Associated British Foods said price pressures in the global sugar market would prevent its earnings from growing in the coming 12 months as the drag on the business offsets strong demand for its fashion retailer Primark.

AB Foods, majority owned by the family of chief executive George Weston, has been hit in the last year by a global over-supply of sugar and it said on Tuesday that profit from its sugar business would be significantly lower next year.

That may take the shine off stronger full-year results, when it posted adjusted operating profit of £1.4 billion (€1.6 billion) up 3 per cent and ahead of the analysts’ average forecast of ££1.38 billion given by Refinitiv data.

It said it would invest next year in its Primark, Twinings Ovaltine and Ingredients business, and expected retail and grocery profit to increase. But it said sugar would continue to struggle, with a further reduction expected on the average prices achieved this year.

“Taking these factors into account, at this early stage, we expect adjusted earnings per share for the group for the coming year to be in line with this year,” it said.

It reported adjusted earnings per share in the year to September 15 of 134.9 pence, up 6 per cent. – Reuters