The company was ‘three hours from going into bankruptcy’, its chairman says 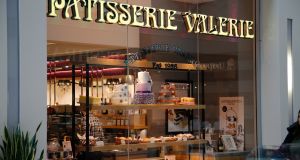 Patisserie Holdings’ plan to issue £15 million (€17 million) worth of new shares was supported by nearly all investors who voted at an emergency general meeting on Thursday, weeks after its chairman injected cash to prevent a potential shutdown of the company.

Patisserie, the owner of Patisserie Valerie which has two branches in Dublin, was rocked by the discovery of accounting irregularities last month, leading to the suspension of chief financial officer Chris Marsh and his eventual resignation.

Chairman Luke Johnson stepped in and lent £20 million of his own money to keep the company running. The loan gave the company the breathing space to raise £15.7 million in a heavily discounted placing early October.

Patisserie was “three hours from going into bankruptcy”, Mr Johnson was quoted as saying at Thursday’s meeting, adding that he would reduce other commitments to focus on rescuing Patisserie Valerie.