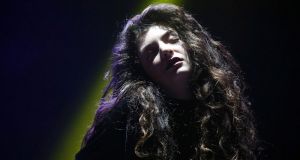 The University of Limerick (UL) has made financial settlements in the region of €150,000 with three key whistleblowers who highlighted a series of allegations over the misspending of taxpayers’ money. Read more here.

The Department of Education is to work with universities to identify ways of improving their performance in international rankings. This follows the latest set of figures which saw most Irish universities tumble down the global league table. Carl O’Brien reports.

For those who have been stuck on planet Zog the last few months, all eyes will be on Russia for the next month or so, as 32 teams battle it out at the pinnacle of the beautiful game. Joanne O’Riordan reports.

Pádraig Yeates, a historian and former journalist, has been awarded the National University of Ireland’s (NUI) highest degree for his extensive research on Irish social and labour history. Carl O’Brien reports.

It is precisely one year since the release of Lorde’s second album, Melodrama. Ordinarily, a retrospective would be premature, but Melodrama already merits one. Brian O’Flynn writes about the New Zealand artist and her second album, ‘Melodrama’, released a year ago this week.

Anxiety disorders are among the most common mental health problems and have been referred to as a “silent epidemic”. According to Mental Health Ireland, one in six people will experience a mental health issue, such as anxiety, every year with that figure steadily rising. More and more twentysomething women are struggling with anxiety and panic attacks, many undiagnosed and untreated. While boys are also affected, worldwide studies reveal that more girls are susceptible, writes Niamh Delmare.

How freaky is Hereditary, the “scariest film since The Exorcist?” Imagine if Rosemary’s Baby had a baby with baby Gage from Pet Sematary and it climbed to the top of Jacob’s Ladder and fell down with a grotesque splat. Tara Brady reviews the film Hereditary.

The creation of a new “university of creative arts” from the merger of the National College of Art and Design (NCAD) and the Dún Laoghaire Institute of Art, Design and Technology (IADT) is proposed in a report to be published later this year, writes Carl O’Brien.

A 19-year-old Irish man has died while on holidays in Cyprus. Dundalk Gaels GAA club confirmed the death of Conor Morgan, one of its football players, on its social media pages on Sunday. Red more here.

The winners of our competition for tickets to see The National and Future Islands are Ailbhe O’Connor, Erica Fenner, Stefan Tonge, Claire McDonagh.