Teenage rape victim shares her experience of having her pregnancy terminated 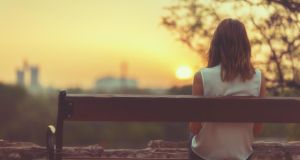 June 2016 was supposed to be a time of excitement, changes, and accomplishments, but in the end, all it became was a muddle of self-hatred, loss, and the world spinning every which way.

Why? I was seventeen. I was to finish school in a month-to go to college in three. I was pregnant.

Senior year was a rollercoaster that consisted of dozens of slept-through alarms, crowded train rides, all-nighters, and love. Martin had been my best friend since I was eleven, we cracked jokes together at the back of our English class, gossiped about all the clichés filled in our middle school, and strategically analysed the hallways of love.

Once friends, then best friends, eventually the relationship became one of desperation-for each other.

At some blur in our most life-changing year, we decided to change our status, we were now official. Although we tended to argue and question our relationship status often, when in doubt, plough through!

I know what you’re thinking, another cheesy love story filled with gushy details that make you re-think your own romance, but there’s a twist.

It was no secret to me that Martin loved sex. He was the first friend of mine to lose his virginity and over the years had accumulated a body count, the amount of people a person sleeps with, to over twenty. Whatever, he’s a player, so what? As our relationship became sexual, this blur of us became a daze.

Rape: forcing another person to have sexual intercourse with oneself against their will. ‘Their will’ may sound drastic as there was no yelling, no fighting, no resisting, but ’No’ was never an option.

May 2016, we’re no longer together, who cares, I’ve been too focused on not dying from my period. Fevers, nausea, weakness, bloating, oh my God, bloating, and I’m so tired.

I’ve been bleeding for more than a week, but I’m sure it’s nothing. Day after day passes, week after week passes, yet I’m still sick, I’m still bleeding.

A regular ‘ol checkup won’t hurt, as the nurses joke about me being pregnant I focus on getting better from the ‘flu’.

Fast forward another three days, I’m sitting in the special medicine unit of the hospital, my palms clammy, my head dropping out of consciousness, “Do you need a moment? This can be a lot of information” in the midst of my attending explaining a surgical abortion.

Surgical abortion: the ending of a pregnancy by suctioning the embryo out of the mother’s uterus.

It is June 21st, 2016. I wake up and roll over to check my Facebook, Instagram, and Snapchat notifications as if a normal Tuesday morning, but it’s not, I’m scheduled to have an abortion, of my first child.

As the realisation begins to hit, so does the morning sickness, which believe it or not, is all-day sickness and I stagger to my bed from the shower.

As the room is spinning, the time is ticking, I’m breathing in and out, trying to get my head to stop spinning so that I can get up and get it over with.

I get to the clinic, located on the top floor of what looks like a business company’s location for offices and storage and within 10 minutes of reception trying to explain the required documents and steps I need to take, I’m struck by another wave of morning sickness.

Rather than being comforted by my untidy bed, I am on the bathroom floor, jacket stripped off beside me, my head within inches of being in the toilet.

As it passes, I slowly get up, head back to reception, now I’m waiting, now I’m in a room, there’s a doctor, now two, now three. I’ve switched rooms. “Take off your clothes from waist down and we’ll be with you shortly.”

They’ve rolled in a cart, with tools I’ve only seen on House and Grey’s Anatomy, forceps, dilator, curette, there were so many, so many of them, but I had convinced myself I’d be fine.

Alone, I sat and waited, the minutes seemed like hours and then there was a knock.

I must admit, having a speculum spread your insides is quite uncomfortable wasn’t that bad, but then, it felt as if my insides were a tornado.

My hands gripped my lower stomach and my head began to badger itself as to why I’d let this happen. Why did I do this to myself?

Life was going to go back to normal now.

Little did I know, months later I’d be woken up sweating, panting with images, feelings, of the abortion.

Little did I know, months later I’d be sitting in class on the verge of tears because I could feel my stomach suddenly cramping again, because I could hear the sound of the suction taking my baby from me.

For months, I’d suffer from post-traumatic stress disorder, hearing the clinking of the doctor lifting and dropping the instruments, feeling every bit of the invasion of my insides.

‘Her’, while it may be superstitious to rely on dreams, the year was filled with many nights of a beautiful baby girl who seemed to mean the moon and back to me.

Some dreams were her hating me because I couldn’t give her what she needed, what she wanted and others, there was a bond I have never experienced that filled my entire body with warmth and happiness. This baby girl, I’d decided was Jordan.

It’s been one year, eleven months and two days and, I’d be in denial if I said there’s a day that goes by where I don’t think about her.

At first there was so much guilt about giving her up, not giving her a chance. I felt weak because I couldn’t handle the situation, but over time I’ve learned forgiveness, acceptance, and strength.

I’ve learnt to forgive myself for the rapes. They were never, never my fault and rather than hating this body I’ve been blessed with, I accept every inch of perfection and flaw. I accept the fact that she would’ve been a child of hate and anger, none of which she deserved.

I’ve learnt to forgive myself for giving her up. I was 17, I had nothing, how was I to give her everything? I accept that an abortion, as hard as it was, as hard as is still is, was the best option, for both her and myself.

I’ve learnt to use this experience to better myself and the souls around me. An abortion, just the term carries so much weight, the experience, nothing less, but this has been one of the most eye-opening events in my 19 years. It has taught me that it is okay to break and re-build yourself.

That it is okay to admit that life can get the best of you and put your head in the gutter. However, what matters the most is that life doesn’t end, time doesn’t stop, as each second passes, you are growing and flourishing physically, mentally, emotionally, and intellectually.

Jordan will always be my first, the replay of an abortion will always make me cringe and bring tears to my eyes, but for her, I keep on living. For her, I do my best.

For her, I will never stop dreaming and never stop moving forward because it’s not only for me, it’s for her. For her, a thousand times over, every glance at the koi fish tattooed on my left ankle, the January birthstone on my right ring finger, I am reminded to keep going.

* This article was written by a foreign national living in Ireland. The names  have been changed to protect the identity of the author.