Revisiting the potential of class actions 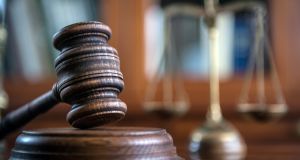 The Cervical Check controversy has given rise to a period of public introspection about the health service. However, with a phalanx of litigation likely to follow in its wake, the debacle also offers an opportunity to revisit the potential of class actions.

There are primarily two avenues available to pursue multi-party litigation in Ireland - the representative action and the rather nebulous ‘test case’ option. The latter seems to depend on so-called ‘herd instinct’, that is the use of an experimental case to subsequently litigate an analogous set of actions. The former, by contrast, is more closely aligned with the vision of US-style class actions whereby the combined cases of a number of litigants are represented by one, or at times, more than one party referred to here as the representatives.

To appreciate class actions, one must decipher its purpose. Is it to encourage legislative change by pooling together many meritorious actions? Possibly. Is it to deter institutional and corporate wrongdoing? Partly. Or, is it a means of delivering redress for breach of legal rules? Undoubtedly. This is why the representative action is unsuitable. Firstly, and significantly, the remedy of damages, that is monetary compensation, is unavailable because damages must be proven separately in the case of each litigant. Damages, therefore, cannot be awarded to the representative(s) on behalf of all the members of the group as damages must be calculated individually for each litigant according to their specific entitlement.

Secondly, the requirement in the Rules of the Superior Courts that the members of the representative action must share the ‘same interest’ in the cause of action is, perhaps, the chief limitation to using this form of group litigation as the ‘same interest’ requirement lacks precise definition and has been strictly interpreted by the courts. For instance, a ‘same interest’ has previously been found to exist where all the members of the group share the same profession and, in contractual disputes, where the same contract governs the relationship between the defendant and each member of the representative action.

International experience of class actions shows that, in most cases, damages are invariably available; and anyone who satisfies the requirements of the class may join, especially in ‘opt-out’ class action regimes. The ‘opt-out’ method automatically joins the litigant to the proceedings who may subsequently decide to remove themselves from the action and litigate individually thereafter.

The reform of existing procedures for multi-party litigation cannot, however, take place in a vacuum. It must also consider the practical issue of paying for the litigation. In a class action, control of the litigation is vested in the class representative(s) who is, therefore, liable to pay the costs of its legal representation on behalf of the entire class while the ordinary class members are unencumbered by costs. This would be a significant drawback especially in countries like Ireland which operate the ‘loser-pays’ principle meaning that the class representative(s) would conceivably be liable for both its own costs and its opponent’s costs where the action was unsuccessful.

It is timely to consider new ways of financing litigation. The practice of third-party funding of litigation is one option whereby a funder with no connection to the litigants and no interest in the subject-matter of the case agrees to fund the litigation often, but not always, in return for a nominal reward. Third-party funding of litigation is a growing phenomenon around the world and, for example, is permitted in England, Canada and certain states of the U.S. and Australia where some litigation funding companies even trade in legal claims on the stock exchange.

Third-party funding of litigation is, however, largely prohibited in Ireland. In fact, to fund a case in which the funder has no legitimate interest constitutes both a civil and criminal offence even though the relevant laws of maintenance and champerty date back to medieval times and apparently have produced no prosecution in the history of the State.

In light of an Issues Paper from the Law Reform Commission in 2016 that considered the continued application of the laws of maintenance and champerty, and following the Supreme Court’s albeit tentative approval of third-party funding of litigation in Persona Digital v. Minister for Enterprise, it seems appropriate that this model of litigation funding gain political attention also.

Indeed, in light of Mr Justice Meenan’s pending report into methods of alternative dispute resolution for the victims of Cervical Check, the Government is well-positioned to engage in a wide-ranging review of all aspects of litigation from current systems of multi-party litigation to existing (and paltry) schemes of litigation funding.