The College View: Referendums for an opt-in Students’ Union and a second vote on the college’s stance on abortion will not be going ahead, according to DCU Students’ Union president, writes Fionnuala Walsh 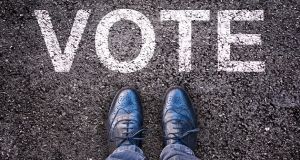 The petition which called for a referendum was not validated by the returning officer or the president of the SU Niall Behan. However, a referendum vote on DCUSU’s position regarding a united Ireland will be put to students at the same time as the upcoming Student Union elections.

The problem with the opt-in union and abortion petitions is that both questions were asked on a single petition, and not on separate pieces of paper. You cannot vote on the two different issues with the same answer, and the signatures were not counted as valid.

“It was all a mess,” Behan said. “They won’t be going ahead simply because the signatures were collected on one question, and that cannot be done. You can’t have two questions on the same sheet.”

The petitions called for the DCU Students’ Union to become opt-in, instead of students being automatically part of the union when they enrol in the university. The organisation which called for a referendum, Students For Fair Representation, felt that the SU were not properly representing student interests, and that another referendum on the university’s stance on abortion should called.

To read the rest of this article please visit: thecollegeview.com/2018/02/07/opt-su-referendum-petitions-invalid/