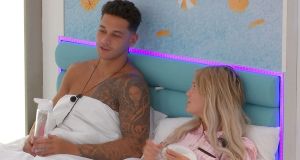 Patrick Freyne on Love Island: I had forgotten how oddly asexual the hunks are: The Love Island hunks do press-ups in tiny shorts – just like we do at The Irish Times. Read more here.

UCD to increase campus rent by 12% over three years: Cost of some on-campus accommodation will rise to nearly €10,000 a year by 2023. Read more here.

Will a Saturday election make you more likely to vote? As the general election nears and talk increases around whether new political alliances are likely to replace the old we thought we would ask our young readers about how they feel about the election. Read more here.

Kirk Douglas: His 10 greatest performances: The Hollywood great’s top films, from The Bad and the Beautiful to Spartacus. Read more here.

Geoff Barrow of Beak: ‘We’d do an album every three months if we could’: Portishead musician says new band won’t pay the mortgage but is more than a ‘musical project’. Read more here.

Francis Ledwidge: ‘our dead enigma’A forgotten blackbird? The legacy of the soldier poet who was killed on July 31st, 1917. Read more here.

Six of the best films to see in the cinema this weekend: New this weekend: Parasite, Honeyland, Daniel Isn’t Real. Read more here.

Why is the Italian right obsessed with Bobby Sands?