30,000 Irish students have travelled to US on a J-1 visa in the past four years 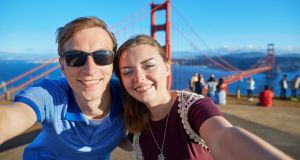 Thousands of Irish students who have spent time working in the US on a J-1 visa in the past four years could be eligible for a tax refund of about €645, according to specialists.

About 30,000 Irish students have taken part in the J-1 programme in the last four years. Taxback.com, a company that arranges tax refunds for students, estimates that up to half of them have not yet claimed the money they are owed.

As the right to claim a tax refund becomes void after four years, students who participated in the programme in 2014 and have not yet made an application must do so by April 17th.

Taxback.com’s commercial director Eileen Devereux said this could be the last year of this tax break for J-1 students, following changes to tax rules introduced by US President Donald Trump under the Tax Cuts and Jobs Act 2017, which eliminated the personal tax exemption from 2018 to 2025.

“This is likely to affect the thousands of Irish students who go to the US every summer to work,” Ms Devereux said.

Students participating in the J-1 programme are considered non-resident for tax purposes. According to Taxback.com, the average refund students can claim is around $800 (€645), but this will depend on how much they earned while working in the US, and where.

Anyone who has worked in the US is obliged to file a tax return, and fines and penalties may be incurred for failing to do so. Tax compliance is especially important for those who intend to apply for other US visas in the future, as copies of tax returns for the previous five years will be required as part of the application.

Since 2016, students have been required to secure a job before their J-1 visa is issued. A list of organisations that recruit most of the J-1 participants from Ireland can be found on the US Embassy’s website at ie.usembassy.gov/visas/nonimmigrant-visas/j1/ .

Making a claim without using an agent

Taxback.com charges $90 (plus handling fees of 20 per cent) to assist with J-1 tax refunds (see their guide to claiming J-1 tax back), but it is possible to apply without using an agent, though there is a lot of paperwork involved. Applicants will need to make two or three separate claims, for federal, state and local tax, depending on where they were working.

- W-2 form: summarises all the tax a worker has paid in the previous tax year, which employers are obliged to send all employees by February.

- 1040NR-EZ form: This is a federal income tax return form for “non-resident aliens with no dependents” and can be downloaded at irs.gov/pub/irs-pdf/f1040nre.pdf

The deadline for filing US tax returns this year is April 17th.

Practical steps graduates can take to help secure that job