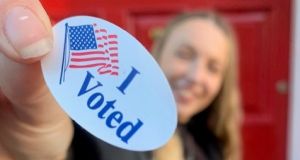 Zana Zee Keough: ’Generation Z and the Millennials are both moving politics to the left. In Ireland and America. Both generations are politically active and engaged.’ 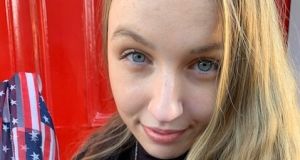 ’I believe that Biden will prevail’

I never expected my vote to end up in a Supreme Court challenge that could decide the US election. But it looks like that is where it’s headed.

This summer, when I turned 18, I immediately began the process of registering to vote in Pennsylvania, the notorious swing state. (I have an American father and am a US citizen.) I had been following American politics through the media and was pleased to see election news regularly appearing on TikTok. Claudia Conway’s rants about politics in America are legendary. Claudia’s mother is Trump’s former campaign manager. Her father is one of the founders of the Lincoln Project, a group of anti-Trump Republicans hell bent on taking down the President with scathing attack ads like only fear mongering, hate filled, Republicans can. Claudia regularly posts embarrassing videos of her parents and has up racked 1.5 million followers. Not bad for a 16-year-old.

This is the first time I voted. Even here in Ireland you can see the effect of Trumpism on Irish society. No-mask protests. Anti-immigrant graffiti. Aggressiveness towards women. Trump has made such opinions mainstream. His embrace of greed and his policy of helping the rich is disturbing.

I found it empowering to vote for Joe Biden and against Donald Trump in what could be one of the world’s most influential elections of all time. (Hopefully for the better.)

It’s amazing to see the generational changes that are taking place at the ballot box. The Boomer generation really doesn’t take climate change seriously. Meanwhile, in my Generation Z, even the Republican Americans are fighting for climate protection.

I come from a long line of political activists. My father campaigned tirelessly against Ronald Reagan even joining a protest with legendary Yippie, Abbie Hoffman. (The Yippies and Abbie are currently being depicted in the Netflix movie “The Chicago 7”). Among other things, the Yippies satirically nominated a pig, Pigasus, for president, with the slogan: “They nominate a president and he eats the people. We nominate a president and the people eat him.”

A generation before that, my Grandfather rented an elephant in 1972 and campaigned for the most liberal candidate in US history, George McGovern. That was part of an effort to oust the corrupt Republican president Richard Nixon. McGovern went on to lose in a landslide but at least they didn’t eat him.

Voting wasn’t that difficult. I had to fill out a number of forms to register to vote. A month later a ballot arrived. This had to be placed in an envelope inside another envelope and then posted back. I did all of that, posting my ballot on October 1st, almost 5 weeks before the election.

The usual time it takes a letter to travel from Ireland to the US is 5-7 days. My ballot had over 30 days to arrive. Frustratingly, it still has not been accepted as of November 4th.

Talking to my Grandmother in Pennsylvania, I soon found out that under the direction of a Postmaster General, appointed by Donald Trump, 711 mail sorting machines across the US were removed in the last year. This is double the number usually retired in a year and ominous for an election year expecting a huge demand delivering postal ballots. ( that are also expected to be overwhelmingly democratic )

The results of these changes became apparent when my Grandmother’s voting ballot took 17 days to go 5 kilometres. Before the changes such a delivery would be made in one day.

It doesn’t take a political genius to figure out why Trump urged all of his voters to vote in person. The US postal service has been hobbled in what looks like an effort to stop ballots from arriving at the polls on time.

With the election results in the US still being counted, the eyes of the world are on the swing state of Pennsylvania. Of intense interest are the overseas ballots, particularly those arriving after the date of the election. My vote.

My first ever vote is likely headed into in the hands of America’s newest Supreme Court Judge, Amy Coney Barret, who was handpicked by Trump to make this decision. Under the law, when I voted, Pennsylvania can accept ballots that are postmarked before the election but arrive up to three days after the election. The Supreme Court has not ruled on the constitutionality of that law but three conservative Judges signalled that they would overturn the law and invalidate those votes. My vote.

My father is demented. He keeps pacing around the house muttering “I’m being suppressed!”

But I believe that Biden will prevail. I follow the amazing Brian Sims on Facebook. He’s a Democratic State Representative in Philadelphia and a real progressive powerhouse on social media. (A must follow if you are a progressive.) He’s has predicted a 100,000 vote victory for Biden. Whew!

Generation Z and the Millennials are both moving politics to the left. In Ireland and America. Both generations are politically active and engaged. The world we are heading into faces the daunting challenges of climate collapse, jobs being replaced through automation, and an economic landscape that makes ever owning a house doubtful. What can we do about it?

And anyone who says one vote doesn’t matter, look at all the worldwide attention my little vote is getting.