Alternatives to university: from further to higher education 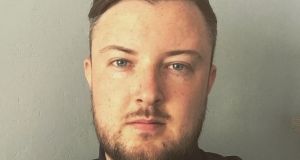 Martin Keating: “Further education can be a great stepping stone into college, or a worthwhile education in its own right.”

Close, but not quite there. The past few days would have been a tough time for students who missed out on their CAO choice. But there are many students who have been in the same position and, with the exception of many health science courses, there’s usually a route from further education into higher education.

Sarah Doyle was a little disappointed when she missed out on her course choice: computing at the National College of Ireland (NCI). “I had wanted to go into computing but had some doubts about exactly what area,” she says. “I looked into my options and found that I could do it in Rathmines College of Further Education. I enrolled on the level 5 software development course where I was introduced to programming and some of the basic skills and concepts needed. I really enjoyed my time in Rathmines, with supportive lecturers who always made time for us.”

She had intended to go from Rathmines into NCI but after her first year, decided to take on a level 6 award in advanced software development. NCI informed Doyle she would be accepted onto its course if she passed a certain number of modules. She did it, and went straight into second year where, she says, the lecturers and college have been very helpful and supportive.

“A lot of the time people finish in school and it’s just expected that they will go into college but the PLC route was right for me. There isn’t a one-way system from the Leaving Cert to third-level.”

“I was never a student who took school seriously,” says Martin Keating. “I didn’t do well in the Leaving Cert. On the day of the results, I was offered an electrical apprenticeship. I took it for the sake of it but it wasn’t one I was passionate about. I did it for two years and then the company I was working for went under in the recession.”

Keating spent a few months out of work and a few months job-hopping – jumping from roofing to labouring and few other jobs. And then he shocked his parents by announcing he wanted to go to college. “They didn’t expect that. I looked at the business and IT course in Rathmines College. I had always enjoyed IT and was delighted to be accepted.

“At the time, I did it to be busy, but the first year was a big success and I finished with seven distinctions and three merits. It was so different from my previous experiences of learning. I was surprised at myself and I quickly grew in confidence and self-belief. Towards the end of the year, I decided to do a level 6 higher national diploma in business, and ended up spending three years there. I loved my experience in Rathmines and it really prepared me for the business world.”

After Rathmines, Keating went to IT Tallaght for an honours degree in marketing, where he skipped straight into the third year of a four-year marketing degree. From there, he trained at night to be a teacher and now works at Rathmines College.

“Further education can be a great stepping stone into college, or a worthwhile education in its own right. It is significantly cheaper than third level and the class sizes are much smaller, giving every student a good amount of one-on-one time with the teachers. It equipped me with the skills I need and helped iron out my academic flaws to make me a much better learner,” he says.

“I wanted to do nursing but I didn’t have biology,” says Enyagborue. “My guidance counsellor told me I could do the post-Leaving Cert course in pre-nursing and that it could be an entry route to a college nursing place, although she did stress that this particular entry route is highly competitive so I should have a back-up plan in case it didn’t work out.”

Enyagborue enrolled on a course at Marino College in Dublin. Despite getting nine distinctions, she didn’t manage to secure a place on a nursing course. “So I applied for social care in the Dublin Institute of Technology and I’m looking at doing a masters degree in nursing in England and then becoming a registered nurse there.”

When Enyagborue was in school, access officers from DIT came out to visit and explain to her classmates how they could access third-level through the Higher Education Access Route (HEAR), which supports students from disadvantaged schools. She applied, as normal, through the CAO.

“A lot of what I learned at Marino has been useful for social care in DIT, particularly around human and infant development,” she says. “We learned about referencing, plagiarism and the other issues you need to know about for college. Marino was a really nice environment and the essays and exams helped me to get a good feel for what college would be like.”

“Many of those who come to further education want to go straight into employment but a huge amount of students want to know about progressing from further to higher education,” says Fergal Scully, guidance counsellor at Rathmines College of Further Education.

However, he is cautious of promoting the idea that further education is solely a stepping stone. “Some are disappointed with their CAO results and some of them always wanted to go to further education because they had a particular course in mind. Some other students start in further education with the intention of stepping into college but find that they are happy with us and they stay to a level 6 course.”

For those students who do want to move on to higher education, Scully says there are progression routes for most courses outside of health sciences, with the notable exception of the pre-nursing courses run by the colleges of further education (CFEs) around the country. He advises students to talk to the admissions office in either the CFE or in the third-level institution, and points out that a full list of course-specific information is available on CareersPortal.ie by following the link to “PLC progression routes” under the courses tab. There’s also information on FetchCourses.ie and Qualifax.ie.

But, he stresses, there is no guarantee you can go from further to higher education. “You do have to meet the third-level’s minimum requirements and the CAO points are still based on the number of people applying for college and their results. In some courses, such as level 8 degrees in UCD, the third-level may require five out of nine distinctions but this varies from year to year based on the number of applicants. It’s not easy to get a distinction but it can be done and about 30 per cent of students here will get to that level.”

Some progression routes are easier than others: for many of the institutes of technology and some of the smaller colleges like NCI, they require a minimum of three distinctions. If you’re going from a level 5 to a level 6, in most cases distinctions are not necessary. Some colleges have direct links with certain further education courses, such as the link between liberal arts in Rathmines and the BA (arts) in UCD.

“It may be an extra year or two of college, but these are options worth considering where the alternative might be to repeat the Leaving Cert,” says Scully.

“If, for instance, you want to do the certificate in business and IT studies at Rathmines, the QQI award code is 5M2102 and you can then go to Cao.ie and use that code by looking under the ‘essential major award’ column where you can see 13 courses in IT Tallaght which accept this award for entry,” says Fergal Scully. “You can see the minimum requirements are three distinctions for level 8 and no distinctions for a level 6 or 7. A full award is required for all progression.

“Conversely, if a student wants to find out which PLC to do for entry to a particular higher-education course, they can look up the college and the drop menu and then a list of eligible courses. If you look at arts or humanities in UCD, you can see they accept a wide variety of level 5 and 6 awards. You can hover over the codes with the mouse to see what the name of the award is. You can enter this award code into the keyword search engine on FetchCourses.ie or Qualifax.ie and it will give you the location of all the colleges offering this award.”