More than £2.5bn spent across Euro leagues despite collapse in revenue due to Covid-19 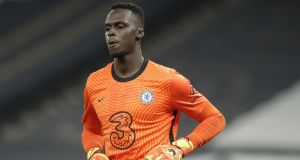 Europe’s top five leagues have spent more than £2.5 billion (€2.75 billion) during the transfer window, with more than £1 billion of that coming from the Premier League, despite the financial restraints forced on clubs by the coronavirus pandemic.

The sum, recorded by the Guardian’s transfer interactive, is remarkable given the collapse in revenue that has been felt across the continent since lockdown measures were introduced in the spring, specifically regarding the loss of crowds.

The Premier League is again leading the way: transfermarkt.co.ukrecords that £1.03 billion has been spent by top-flight clubs since the window opened on July 27th, a figure boosted by Chelsea’s return to the market after the end of their transfer ban.

The figures – certain to increase before the window closes on Monday – are sure to leave a bitter taste in the mouths of many supporters given the Premier League’s reticence to provide a bailout to the English Football League (EFL).

Manchester City have also been busy, spending more than £127 million on Ferran Torres (£24.5 million), Nathan Aké (£41 million) and this week Rúben Dias (£62 million). The arrival of Dias from Benfica means City have spent more than £400 million on defenders since Pep Guardiola’s arrival in 2016.

It is clear from the spending that has already taken place that the Premier League, cushioned by huge commercial and broadcast revenues, regards itself as largely immune to the financial impact of the pandemic. In the Championship, transfer expenditure is down on 12 months earlier – £77.86 million compared with £175.06 million, according to transfermarkt.co.uk.

In the British House of Commons, sports minister Nigel Huddleston repeated the government’s call for the Premier League to support EFL clubs at “the higher end of the football pyramid” while promising financial support for the National League. – Guardian