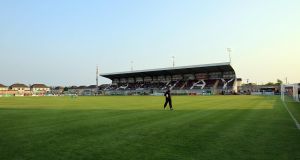 Galway United officials have declined to comment on a proposed Saudi takeover of the club which is to be voted on at a specially convened meeting of the Supporters Trust to be held on Monday week.

Trust chair Gavan Duffy said that he and the other board members were still preparing for the meeting and that he had no comment to make on the interest which, it is suggested, involves investors already associated with the Saudi club Al Hilal.

In a report on RTÉ Johnny Ward, himself a member of the Trust, said that United officials believe that the Saudis would invest heavily, by Irish standards, in the first team in order to win promotion then qualify for Europe but that they would also prioritise the youth development set up.

United have been through a turbulent few years with various structural changes before it recently became a supporter-owned club. The growing prominence of the underage section and its participation in the new national leagues has sparked tensions with prominent schoolboy clubs in the city who have lost players the League of Ireland outfit.

The first team was relegated from the Premier Division last year and are currently fifth in the first division, one point off the last of the playoff places and seven adrift of UCD who are top of the table.

Earlier this year Dundalk was taken over by investors from the US while Athlone Town famously received overseas backing last year that led to an influx of foreign players. The club subsequently became embroiled in a match fixing scandal.