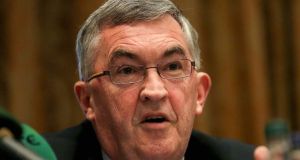 Bray Wanderers chairman Denis O’Connor has resigned from his post as the club’s financial turmoil continues.

Just last week all of the professional players at the club transfer listed themselves, saying that they had failed to receive assurances over their future, despite O’Connor saying just days before that financial backing had been received to keep the club going until the end of the season.

That news came a fortnight after the club revealed that main backer Gerry Mulvey would no longer be providing financial support, prompting O’Connor to release a bizarre statement wondering what the point was of continuing and bemoaning the lack of support for the club despite a fairly successful season on the pitch.

However, O’Connor released a statement on Wednesday night saying he had resigned for “personal reasons.”

“I have resigned my position as Chairman/ Director of Bray Wanderers FC and also as Director of Milway Dawn Limited,” O’Connor said in a statement.

“My involvement with the Club has been driven by a desire to resolve legacy issues and get the Senior Squad in the top half of the League Table which can only be achieved by putting the necessary support structures in place.

“My decision is driven by personal reasons. That is all for another day.”

He continued: “I wish to express my sincere gratitude to my fellow Directors, Officers in the Club and the extremely hardworking and loyal people who give of their time freely - all with the interest of the Club at heart.

“It would be remiss not to refer to Harry Kenny - a true gentleman in every sense of the word.

“Someone with whom I developed a very close friendship - we talked or met nearly every day.

“More importantly he brought a business sense to the role of head coach as well as a football knowledge and I will forever regard him as a true friend.”

And the statement concluded: “I wish all the teams and coaches the best of luck for the remainder of the season.”

Last week the FAI insisted it will continue to work with the club and offered to help in the appointment of an independent intermediary in a bid to find a solution.

A statement from the association said: “While offering assistance throughout this process, the association made it clear that the club is required to provide the independent licensing committee with confirmation as to their current financial status.

“The association has continued to monitor the situation at the club and to engage in talks with club officials in the hope of a viable financial resolution being found as soon as possible.

“The association can facilitate the appointment of an independent intermediary to assist in talks between the club and the players and would urge both parties to engage in this process.”