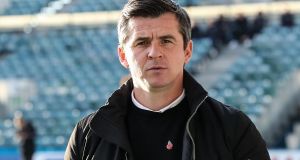 Former Manchester City midfielder Joey Barton has said the Football Association should alter their “zero-tolerance” approach to gambling in football after Liverpool forward Daniel Sturridge was charged with alleged breaches of betting rules.

England international Sturridge has been charged with incidents dating back to the period of January 2018 and has until Tuesday to respond.

Barton, who himself served a 13-month ban for betting offences while he was playing for Burnley, believes gambling is ingrained in English football culture and punishing players is just the “tip of the iceberg”.

“They have to revise their approach,” Barton, currently managing third-tier side Fleetwood Town, told Sky Sports.

“There’s a lot of people who have vested interest in promoting and advertising gambling, I don’t think it’s a problem with that.

“I just think it’s a problem when we ban something that is clearly a massive part of our game and then we start banning players for it.”

FA rules prohibit players and coaches from betting on any football activity or providing non-public information to any other person that is then used for betting.

Barton said the FA should be more lenient with their regulations.

“I’m not saying we should allow betting on games because obviously it would probably hurt the integrity of the sport but I think we need to be a bit more 21st century about our approach,” the 36-year-old added.