‘Once I’d looked at the training facilities and met the manager, it seemed like the right decision 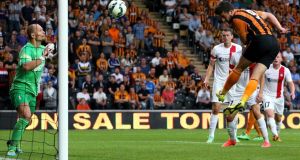 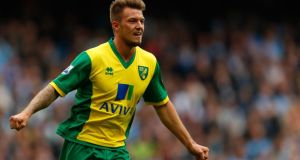 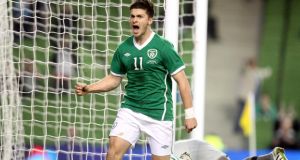 Republic of Ireland striker Shane Long has completed his move to Southampton from Hull City and signed a four-year deal with the Saints.

The Tipperary man was the subject of a bid in the region of €15 million bid earlier this week, an offer too good for Tigers boss Steve Bruce to turn down. The move comes just seven months after his €8.2 million move to Hull from West Bromwich Albion.

“I’m delighted,” said the 27-year-old this afternoon. “All the hard work starts tomorrow when I get on the training pitch because I have to prove my worth.

“Once I’d looked at the training facilities and met the manager, it seemed like the right decision for me and my family.

“Southampton play a brand of football that’s enjoyable to watch, and I’m sure it’ll be enjoyable to play in as well.”

His new manager Ronald Koeman, who took over at St Mary’s when Mauricio Pochettino left for Spurs, added: “He (Long) brings ambition and a great mentality – he’s always running and always working.”

“Shane is a very good player. As a striker, he’s different to Graziano Pellè, which is something we needed.”

Saints have also signed centre-back Florin Gardos on a four-year contract for a fee believed to be €8m from Romanian champions Steaua Bucharest.

It has been a summer of upheaval on the south coast with the defender Dejan Lovren joining Lambert and Lallana in moving to Liverpool, Luke Shaw departing for Manchester United, Calum Chambers exiting to Arsenal.

Jay Rodriguez and Morgan Schneiderlin have also been tipped to leave the club before the end of the transfer window but the additions of Long and Pellè , alongside FC Twente winger Dusan Tadic and Gardos, will quell the fears of some of the Saints fans.

Bruce admitted earlier he had no option but to sell the striker, who scored four goals in 15 league games last season, when confronted with Southampton’s offer.

“We’d not been looking to sell Shane but it’s a fantastic offer and we’ve decided to accept it,” said Bruce. “The challenge is always to become bigger and better and this money will be put towards strengthening again. Whether you are Cristiano Ronaldo or Lionel Messi, everyone in football has got their price.”

He reiterated: “Myself and the owners didn’t want to lose Shane but we accept it’s a very good offer, especially when you consider what we paid in January.

Bruce added that he would have liked the money to arrive earlier in the transfer window but insisted he will not “spend for spending sake” ahead of the September 1st transfer window deadline.

“It’s not a case of jumping straight in for a replacement. Now we’ll look at our options and see who might be available.”

Anthony Pilkington, meanwhile, is also understood to be undergoing a medical at Cardiff City today ahead of a €3 million move from Norwich City.

“We’re looking at different options in different positions, and maybe we lack a wideman,” said Cardiff boss Ole Gunnar Solskjaer. “We’ll have to see what happens when we get Anthony Pilkington signed, and it’s something we’ll have to look at.

“A wideman is something we lack while Craig Noone is out injured. We’ll have to see when it’s all finalised.”