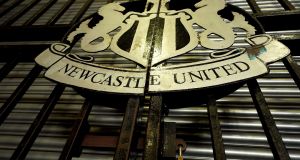 The controversial £300m Saudi Arabia-funded takeover of Newcastle United appears to be in serious doubt after the World Trade Organisation (WTO) ruled that the country is behind a pirate satellite TV and streaming service that offers illegal access to sporting events.

While the WTO’s 130-page final report will not be published until mid-June, it is understood that the independent ruling firmly establishes that the Saudi government is behind beoutQ. It can also be revealed that the Premier League, which received the WTO report this month, made submissions against Saudi Arabia as part of the legal process.

Previously Fifa, Uefa, the Premier League, La Liga and others have tried to take legal action against beoutQ in Saudi Arabia for illegally streaming matches, but nine local legal firms declined to take on the copyright case.

Subsequently a case against Saudi Arabia was taken to the WTO, the highest judicial body that could rule on the matter. It has now issued its ruling – finding that Saudi Arabia is in breach of international law as a result of beoutQ.

The development will raise fundamental questions about whether Newcastle’s takeover – which would lead to Saudi Arabia’s Public Investment Fund taking an 80 per cent stake in the club, with PCP Capital Partners and the property developers David and Simon Reuben taking 10 per cent each – will pass the Premier League’s owners’ and directors’ test.

That test can be failed if a crime is committed overseas that would also be one in the UK. It is also made clear to prospective owners that false, misleading or inaccurate information cannot be submitted to the Premier League.

With Saudi Arabia’s crown prince and de facto ruler, Mohammed bin Salman, also the chairman of the Public Investment Fund, the WTO report establishes a clear legal link between the beoutQ piracy service and the Saudi state. However, that link is denied by the country as well as Newcastle’s prospective Saudi majority owners.

It is now almost two months since the consortium contacted the Premier League for approval – a process that was expected to take around 30 days. When the Guardian reported a fortnight ago that there was likely to be further delay, the consortium insisted it was “very hopeful” the deal would be approved imminently.

Meanwhile the British government has taken the issue of Saudi piracy so seriously that Liam Fox, the then secretary of state at the Department for International Trade, wrote to a colleague last July to say that he had “written to Dr Majed Al Qasabi, the minister for commerce and investment in the Kingdom of Saudi Arabia and [that] the chancellor of the exchequer [then Philip Hammond] has recently raised beoutQ with ministers in Saudi Arabia”.

Saudi Arabia had previously claimed beoutQ originated in Cuba and Colombia, prompting the governments of both countries to issue firm denials. It later emerged that beoutQ was being broadcast from the Arabsat satellite, which is majority-owned by the Saudi state and has its headquarters in the country.

BeoutQ has since been removed from Arabsat. However, beoutQ illegal set-top boxes which allow the streaming of major broadcasters, including Sky and BT, are still widely available widely across the region.

In January, Saudi Arabia was named in a European Commission report for its failure to crack down on the platform. It also remains on a US government priority watch list as one of the “notorious markets for counterfeiting and piracy”.

Recently, the president of La Liga, Javier Tebas, urged the Premier League to consider the damage that beoutQ’s pirating of broadcasts had caused the sport before deciding on the Newcastle takeover.

Amnesty International has also asked the league to consider blocking the takeover, saying that Bin Salman has been involved in a “sweeping crackdown on human rights”.

Hatice Cengiz, the fiancee of the murdered journalist Jamal Khashoggi, who was killed in 2018 inside Saudi Arabia’s consulate in Turkey, has also said the takeover should be blocked over his death.

The Premier League refused to comment about the latest developments when contacted by the Guardian.