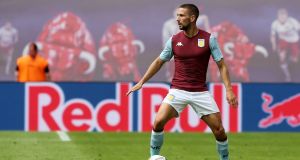 By Sunday afternoon Mick McCarthy should have a slightly stronger sense of how his players with Premier League clubs are going to fare over the course of the coming campaign. Such is the decline in the number of players who grew and started to learn the game in Ireland before graduating to the English top flight, though, that it would only need debuts at this level for John Egan and Conor Hourihane to mark this out as a bit of a bumper season.

There has been talk for years about how tough it has become for Irish kids to make their mark in the game’s richest league but the decline in the numbers who actually manage to make it are still shocking. Just nine players who started in the game in Ireland – and were developed within the FAI’s jurisdiction and structures – featured in the Premier League last season. Between them they played just 11,311 minutes, less than a third of the corresponding figure for 2009/10.

At one end of the spectrum, Ward went on to play 171 Premier League games in seven different seasons over a 10-year period. At the other end of the scale, O’Shea got nine minutes in a Birmingham City side that also featured Fahey, Lee Carsley and Stephen Carr and was beaten 1-0 at Old Trafford.

And that, for him, would be that. The now 30-year-old played two more games for City, both in the League Cup, and finished the season in the Championship with Middlesbrough. He went on to enjoy a highly respectable career in the lower divisions before moving to Australia this summer.

In the decade since, just 17 players have made a similar progression, not nearly enough to maintain overall numbers hit on an ongoing basis by relegations and/or retirements. More alarmingly, though, there have been only four debuts in the past five seasons Kevin Long, Kevin Toner, Jeff Hendrick and, at the very tailend of last season, Mark Travers. Toner is now playing for St Patrick’s Athletic while these are still very, very early days for Travers.

The figures also bear out a strong sense that the clubs that players whose development started in Ireland are playing for are generally not competing at the same level they were in the past when the likes of Denis Irwin, Roy Keane and Damien Duff were helping their clubs to titles. It is nine seasons now since more than one player whose schoolboy career was within the FAI system featured for a club that finished in the Premier league’s top six. No-one has managed it in the past three.

Obviously, the proliferation of other overseas players has had a huge impact. On an average weekend more than 40 nationalities are now represented and the number of minutes played by English players has been roughly halved.

The general consensus has been that as the competition stiffened, the Irish system has struggled to produce players of comparable quality to those who thrived at the likes of Manchester United, Liverpool and Arsenal in the years immediately before the Premier League era.

Republic of Ireland under-21 manager Stephen Kenny, speaking a couple of years ago, argued that the players then were perhaps simply not as good as we like to think.

“I think what’s happened is due to the influx of South American, African and generally European players in the leagues, at all levels. Look at Liverpool, for example – their front four is generally either African or Brazilian. In the 80s and 90s, that didn’t happen, the players were either British or Irish with an odd foreign player but that change goes right down through the youth teams now.

With fewer leaving Ireland for British clubs in their teens, the FAI’s aim has been to have clubs here play a bigger part in the development of young talent, but Kenny, at that point, raised doubts about an underage system based on national leagues only organised for every second age group. He suggested that even many of those within the elite structures here are not playing the game enough to compete with kids from other countries.

Much more recently, Alan Caffrey, head of youth development at St Kevin’s Boys, which helped to produce both Hendrick and Robbie Brady, argued that the current set-up is not fit for purpose.

“Obviously we have the player pathway that everybody talks about,” he said, “but for me there is a massive problem with that player pathway. We are either all in or we are not all in. The association has put responsibility for the future of the national team into the hands of the (Airtricity League) clubs but they must make the required investment.

The finer points of what is required continue to be hotly debated but the flaws in the current system are clear. And though it is relatively new, with the under-19 league only established in the past few years, there is widespread agreement that far more investment is required if clubs here are to develop players to a point where they can aspire to playing at something like Premier League level.

In the meantime, McCarthy has little option but to hope for the best. Hourihane and Egan should get substantial amounts of game time and Travers, having done so well last year, might feature. Breakthroughs for Troy Parrott (Tottenham), Adam Idah (Norwich) and Gavin Kilkenny (Bournemouth) would be hugely welcome but even then there are no guarantees.

Unless the wider trend can be reversed, the Ireland manager will continue looking to the likes of David McGoldrick, Callum Robinson and Michael Obafemi (Dublin-born but London-raised), whose development his employers had little or no hand in, to broaden the base of those playing week-in, week-out at the highest level. What he would surely give to have the likes of a Shay Given (who featured in 19 different seasons and played every minute in of five of them), Robbie Keane or Steve Staunton on the scene again.

Homegrown Irish players who have played in the Premier League

Clubs listed are only those clubs with which the relevant player made at least one Premier League appearance.

For the 1992/93 season, 11 of the 16 players had previously played in the old First division and so there were five top flight debuts.

Statistics are based on the data available at Premierleague.com. transfermarkt.com, soccerbase.com, soccerway.com and The Irish Times.