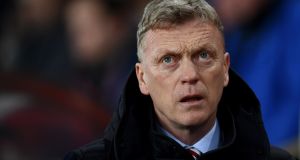 “Relegation had, in truth, been the club’s comeuppance for poor organization over a number of years and the club was on the verge of a real crisis . . it had no manager and the team was in tatters . . off the pitch, there was uncertainty over the club’s ownership.” – Sunderland AFC: The Official History

Let’s face it, matters on the pitch have been worse at Sunderland, and so has behaviour off it. It is just a year ago that, under the stewardship of a female chief executive – Margaret Byrne – Adam Johnson was sent to prison for sexual activity with a child.

Byrne resigned – “an error of judgement” – though in her defence, few on Wearside think Byrne came to any major decision without consulting owner Ellis Short.

On the pitch, the reference above goes back further, to 30 years ago when Sunderland were relegated to the old Third Division.

Having finished third-bottom of Division Two, Sunderland faced a playoff with Gillingham, who came fifth in Division Three. Tony Cascarino, then 24, scored the decisive goal at Roker Park to send Sunderland down.

Those were the Lawrie McMenemy days on Wearside, even if he had walked by the time Cascarino struck.

Not many locally have sought consolation in this historic low, but perhaps over the next eight weeks or so some might. That is a measure of the disillusion engulfing Sunderland supporters.

Back then the club was in hock to the Midland Bank and had exceeded its overdraft limit by three times. Just 8,544 turned up to see the Sheffield United home game that April of 1987. It was grim and by the end of September in that Third Division season Sunderland were 12th. They had just lost at home to Chester City.

Eventually there was a recovery and Sunderland won the division and promotion. But it just shows: the club’s comeuppance for poor organization over a number of years.

So it has been worse, and even more recently there was the desperate 15-point season of 2005/’06 when Mick McCarthy could squeeze no more from a club where the board was on its last legs.

In 2002 it had made the mysterious decision to replace Peter Reid with Howard Wilkinson and that led to a 19-point relegation. Bad decision, bad consequence: comeuppance.

Wilkinson’s name has been aired this week, a comparison with David Moyes, which the Scot should not take as flattering. The normally supportive Sunderland Echo mentioned Wilkinson while referring to “a slow wander to relegation”.

The paper spoke of “anger and apathy forming a toxic mix” and should Sunderland underwhelm again at home to Manchester United on Sunday, frustration could be vocally expressed.

Vulnerable to Wearside opinion yet buttressed by the owner, Short, Moyes is in a curious position as United arrive. He has not become a bad manager overnight, but Moyes may have become a pessimistic one since his dismissal by United this month three years ago.

Although chatty in weekly pre-match press conferences, it has been hard to look past those words after Moyes’s first home game, a 2-1 defeat by Middlesbrough. That result looked bad then, worse now.

Asked about fans’ relegation fears – in August – Moyes replied: “Well, they would probably be right. That’s where they’ve been every other year for the last four years, so why would it suddenly change? I don’t think you can hide the facts. People will be flat because they are hoping that something is going to dramatically change – it can’t dramatically change, it can’t.”

In no way could this be described as a rallying cry. Moyes’s immediate predecessor Sam Allardyce had been blunt in some of his opinions but there was not this Roy Hodgson-like reduction of expectations. Managing Sunderland should be a big deal, Moyes has not made it feel like one.

There is a comparison, too, with Marco Silva at Hull City. Hull were two points below Sunderland when Silva came, now they are 10 points above them. Hull have played one game more in this sequence but there is a contrast in results and atmosphere.

And that’s before we get to “The Slap”. Moyes’s comments to BBC reporter Vicki Sparks were worrying on two levels: firstly, in terms of gender; secondly in terms of manager-journalist.

How that phrase, “You still might get a slap, even though you’re a woman,” enters a supposedly mature man’s head cannot be glossed over. What would Moyes think if someone said that to his wife?

And its seriousness is underscored by the sentences preceding and succeeding it: “You were just getting a wee bit naughty at the end there, so just watch yourself.”

And: “Careful the next time you come in.”

Sparks’s questions were far from “naughty”, they were legitimate. Moyes’s reaction was naughty because of the undercurrent of his tone. He was reminding Sparks who was the more powerful in this relationship. Or so he thought.

Most football reporters can relate similar intimidation, either via a blast from a manager or a phone call from an executive. Players, agents, they too can nip at you. It should be acknowledged that reporters make mistakes, like referees and strikers. Just not on this occasion.

Where this leaves Moyes remains uncertain. His authority has receded, but he signed a four-year contract last summer.

That was before Short publicly placed the club on the market. As yet there are no takers and one interested party is believed to have stepped back recently. The same could be said of Short.

The club has been run down, talked down and soon it will go down.

HIBERNIAN AND MORTON LOOK ALL SET FOR ROUND TWO

Threats and angry language marked Hibs v Morton at Easter Road last week. Two men, Darren McGregor of Hibs and Kudus Oyenuga of Morton, were sent off in the last minute. (McGregor has since had his dismissal annulled.)

The two mangers, Neil Lennon and Jim Duffy, went at each other, with Lennon saying that Duffy had offered him a “square go”, which in this context is presumably not a Masonic term. Lennon also accused Morton players of “acting the big, hard men”.

The sense of resentment has continued, Lennon was furious that Morton released a statement in which they did not refer to him by name.

A quirk of the fixtures means the two teams meet again on Saturday at Cappielow, Morton’s home. Hibs are top and clear, destined to regain the Premiership status they lost three years ago. Morton are third and secure, and will go into the playoffs.

The occasion should actually be a relaxed one given club targets are all but met. It will be interesting to hear if it’s called relaxed afterwards.