Marcelo Bielsa’s Leeds will not risk promotion target at Arsenal 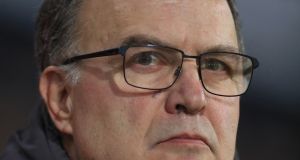 A Mick Jones dash to the byline, his looped cross into the box and Allan “Sniffer” Clarke’s diving header taking its time to hit the back of the net and win the match: to those who grew up when the FA Cup remained sacrosanct the centenary final of 1972 will forever tie the names of Leeds United and Arsenal together.

Television coverage of Monday’s meeting at the Emirates will doubtless be preluded by footage from the day Leeds won the FA Cup for the first and only time in the club’s history. Billy Bremner, Charlie George, Don Revie, Bertie Mee et al were operating footballing lifetimes ago but the days when Leeds and Arsenal met regularly feel almost as distant. It was April 2004 when they last faced each other in the Premier League, a 5-0 win and four Thierry Henry goals at Highbury for a team heading to their Invincibles title triumph against an opponent set to career down the divisions and plunge into insolvency.

Henry, returned to Arsenal on a short-term loan from New York Red Bulls, scored the winner on the clubs’ last meeting, a January 2012 third-round tie and his goal, struck from his favourite inside-left channel and across Leeds goalkeeper Andy Lonergan, had Gunners fans harking to happier times. Leeds, though, have suffered far more and for far longer.

The Premier League has missed them as a northern powerhouse, and they have sorely missed being in the top division. Where Manchester City fans might recall days in the lower divisions as life-affirming proof of authenticity, the last 16 years have been harrowing for Leeds, a grind of disappointments amid back-office turmoil. Andrea Radrizzani is the club’s third owner since that last Emirates visit with Marcelo Bielsa a 10th different manager.

The spectre of that long absence from the elite is likely to hang over this reunion. The FA Cup is not remotely a priority for Leeds, especially not in the tournament’s reduced circumstances of the year 2020. Bielsa’s team ended their festive schedule top of the Championship and with a nine-point cushion to chasers Brentford and Nottingham Forest but there have been echoes of the wobbles that cost them automatic promotion last season.

A 5-4 win at Birmingham on December 29th was the sole victory from five games, and Leeds have been fortunate that fellow pacesetters West Brom, with whom they shared a nervous, mistaken-riddled 1-1 draw on New Year’s Day, have also slumped while those chasers have been equally inconsistent.

“It is an official engagement” Bielsa said at the weekend in response to questioning of his commitment to the FA Cup. “We must prepare as normal,” he continued while confirming significant changes including rests for Hélder Costa in attack and Stuart Dallas, the midfielder who scored at Birmingham and a late equaliser at Preston on St Stephen’s Day, plus debuts for Illan Meslier and Robbie Gotts, a 19-year-old goalkeeper and a 20-year defender respectively.

Leeds cannot dare dilute their chase for automatic promotion. In five previous attempts at the play-offs, dating back to losing to Charlton in May 1987, Leeds failed to win promotion each time. Nine-goal thrillers at St Andrew’s are unsustainable for a club so prone to late-season heebie jeebies. Not even Bielsa’s staunchest admirers have yet explained away his teams’ historic problems in lasting a full season of the intensity he prescribes.

Mikel Arteta played in that 2012 match and his return to Arsenal has already had a knock-on in the recall of Eddie Nketiah from his Elland Road loan. Nketiah scored important goals in early season, including a late winner against Brentford on his Championship bow, but had dropped from prominence. “When you talk to players that had him as a coach, the words that they have for him are always positive,” Arteta said of Bielsa last week but despite his association with Pep Guardiola, the most prominent member of that Bielsa admiration society, Nketiah will no longer learn at the Argentine maestro’s feet. Finding another striker to ease the burden on Patrick Bamford for the 20 Championship matches remaining has become a deep concern for Bielsa and Victor Orta, the director of football.

Should promotion be achieved – and should he stay on – Bielsa must live up to daunting precedents. The previous two managers to propel Leeds into the top division subsequently led the club to a league title. Don Revie took five years to do it by 1969, Howard Wilkinson just two when Leeds won the last old First Division title in 1992. There are no such expectations on Bielsa since Leeds possess nowhere near the finance to take such a leap. Merely returning Leeds to the Premier League would grant him something close to the status of those predecessors. The FA Cup will probably have to serve as a casualty of that mission.