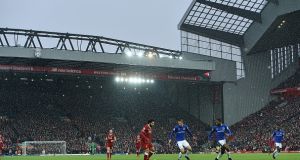 A winter break in the English top flight is another step closer to being agreed after the Football Association, Premier League and Football League reached a provisional agreement to play a round of the FA Cup in midweek.

The deal would mean players take off the first two weeks of February from the 2019-20 season in the hope it will improve England’s chances in Euro 2020, should they qualify, and major tournaments in the future.

Accommodating a winter break would mean the FA Cup fifth round being played in midweek, breaking the tradition of weekend ties and with no replays. The Times reports that all Premier League clubs will have at least 13 days without a match. The 2020 European Championship will be held at the end of the first season with a winter break, in 12 cities across the continent. The premise behind the idea is that England would have the greatest benefit of home advantage among the participating countries.

England have been given a boost in that Wembley has been chosen for seven matches, including the semi-finals and the final. If England reach the final they could play six out of seven games at Wembley.

The EFL has also been taking part in negotiations but the winter break will not apply in the Championship, League One and League Two. The 46-game schedule for each division means that there is less flexibility to fit in a winter break.

The EFL has also made it clear that it wants the semi-finals of the Carabao Cup, its flagship competition, to continue being played over two legs. “There are no plans to move it from a two-legged semi-final,” Shaun Harvey, the EFL’s chief executive, told the Times.

The final decision on a winter break rests with the FA but it is understood the Premier League is happy with the idea, in principle. It would bring England’s top tier in line with other leading leagues across Europe. The Scottish Premiership shuts down for the first three weeks in January, and France’s Ligue 1, Germany’s Bundesliga, Italy’s Serie A and Spain’s La Liga also have winter breaks.