Oxford take the long road north to get to Accrington Stanley, Zlatan versus Covid-19 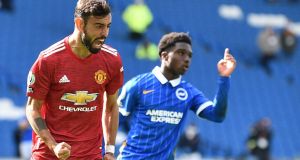 2020 summed up by Oxford United

Sky’s Jeff Stelling reckoned this yarn “sums up 2020”. It does too. Oxford United’s players and staff boarded their bus on Saturday for the trip to play Accrington Stanley in League One, but there was a problem.

According to the Guardian, “an alcohol-based spray was used on board to prevent potential spread of the Covid-19 virus”, but it got in to the system of the bus that is designed to prevent drink driving. So, when the stone cold sober driver gave a breath sample it detected alcohol, meaning that the bus couldn’t move ..... for six hours.

That, then, resulted in the Oxford players and staff having to find alternative transport for the journey. “We had to use staff cars, taxis, you name it to get to the ground,” said manager Karl Robinson.

Hats off to the lads, they made it to the game in time - and won 4-1. “That’s the beauty of life,” said Robinson, “when the going gets tough, the tough get going.” And with that, he looked for a taxi to get home.

‘I tested negative to Covid yesterday and positive today. No symptoms whatsoever. Covid had the courage to challenge me. Bad idea.” Zlatan, of course.

5 - That’s how many times poor old Brighton hit the woodwork on Saturday. How sympathetic was Manchester United’s Bruno Fernandes? “The game isn’t about hitting the post, it’s about scoring goals.” Not very.

“He cannot play, his head is on another planet. He doesn’t feel football, he doesn’t even live football, he’s just wondering if he is still a goalkeeper. He shouldn’t play, he should see a shrink.” Chelsea old boy Frank Leboeuf somewhat suggesting he has doubts about their goalkeeper Kepa Arrizabalaga.

“We’ve got enough good centre-backs here at the moment.” Ole Gunnar Solskjaer. With a straight face too.

“You deserved the goodbye for what you are: one of the most important players in the club’s history .... and not to get kicked out like they did. But the truth is that at this point nothing surprises me.” Do you think Lionel Messi’s farewell to Luis Suarez hints at there still being a lack of love between him and Barcelona’s bosses? Yup.

“One week he can be absolutely fantastic and then another week it’s like ‘what happened to him?’ It’s like his twin brother is playing.” Andy Cole on the two Anthony Martials.

Our award for last week’s most admirably honest footballer goes to Dutch midfielder Mohamed Rayhi. You know the way players often claim they’re moving to, say, Saudi Arabia because they want to experience another culture and that class of thing? Not Rayhi.

Currently with Sparta Rotterdam, the 26-year-old would very much like the club to accept an offer from Saudi Arabian club Al-Batin who want to sign him. So far, Sparta are resisting, but the player is hopeful that they will relent and agree a deal.

Is it the experience of another culture he’s after? No. “Saudi Arabia for every player is simply financially attractive. That’s what every player does it for. Anyone who says that he doesn’t do it for that, he is lying. I am not going to there to see the oil industry.”

No doubt, the one that appeared in The Sun listing the top 10 most expensive engagement rings bought by footballers for their loved ones. How did they know how much these rings cost? We have no idea.

Need it be said, Cristiano Ronaldo topped the list having paid €670,000 for the sparkler he presented to Georgina Rodriguez who, happily, said ‘go on then’. Next - and this might surprise you - was Jordan Pickford who paid over half a million for his ring and didn’t even drop it when he handed it to Megan Davison.

Sadly, a little bit of shade was thrown on Harry Kane for finishing bottom of the top 10, him having only spent €196,000 on Katie Goodland’s ring, which wouldn’t even buy you Gareth Bale’s left earlobe. Cheapskate.

1 Colin Byrne: Hard to understand how golf has become the bogey man now
2 Jackie Tyrrell: Winter is here and a machine-gun Championship awaits
3 Irish duo set for AFL Grand Final as sport lifts the gloom Down Under
4 Barbarians match in doubt after 12 players go on unauthorised night out
5 Fresh faces and renewed appetite: Is this a new era for Irish rugby?
Real news has value SUBSCRIBE
Crossword Get access to over 6,000 interactive crosswords