The Contenders: Who is likely to replace Kidney

McKenzie installed as favourite but Schmidt’s the outstanding candidate 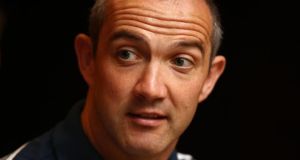 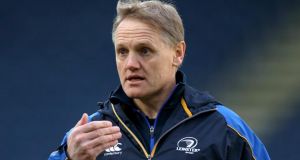 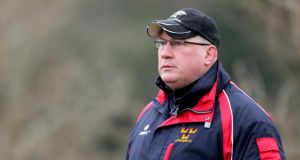 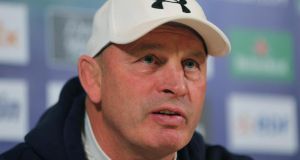 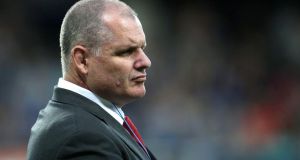 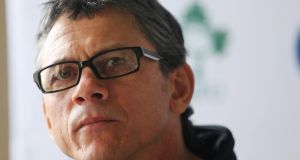 Installed as the early front-runner in the betting to be the full-time successor to Kidney, the 47-year-old, 51-times capped former Wallabies prop will leave his current job as head coach with the Queensland Reds, whom he guided to a first ever Super Rugby title in 2011, at the end of the season and expressed a preference to coach at Test level.

Having been an assistant to Rod Macqueen and Eddie Jones in the Australia set-up, he took the Waratahs to two Super finals in his five years there, and he has coached in Europe, even if he was sacked in his second season with Stade Francais.

Given he's already embedded it would make for a smooth enough transition, but that's not to say he isn't primed for promotion anyway. Close ties with the current squad, he gets most of the credit for evolving Ireland's archaic gameplan since the 2011 World Cup, unshackled by Kidney when switched from defence to attack coach.

Decent bloke, devoid of an over-bearing ego, he has picked up the best traits of some highly progressive Australian coaches, in both League and Union, and tailored them to the smaller Irish player, only to be cursed by atrocious weather conditions this season. Think Argentina in November and Wales in February, rather than England in the monsoon.

The outstanding candidate. Having cut his teeth as Bay of Plenty coach, Schmidt enjoyed impressive stints as backs/assistant with the Auckland Blues (2004-07) and Clermont Auvergne ('08-10), where along with Vern Cotter, they reached their holy grail of a first ever Bouclier de Brennus in his last of three years there. In part on the recommendation of Isa Nacewa, Leinster chose him to succeed Michael Cheika and he guided the province to back-to-back Heineken Cups in 2011 and 2012 with an exciting brand of rugby. Is also hugely well regarded by the Leinster players and has an insider's knowledge of the Irish players and system.

Ticks many boxes as a Grand Slam-winning coach with Wales (2004-06), previously overseeing Leinster's entry into the professional era (1997-00) and is currently working in the system as Ireland under-20s coach. He has worked in the schools system with Castleknock College and at club level, leading Lansdowne FC to the AIL Division 1A title last Saturday.

All that considered, the sudden split from his native Wales was hardly amicable and he's another that may see his current coaching gigs, safely below the radar, as the more sensible, secure option.

Ideal candidate for director of operations type-role, equivalent to Rob Andrew in the RFU, that is apparently about to be created within Irish rugby. That would mean the Ireland head coach would report directly to him. Also, O'Shea is not your usual hands-on coach, having guided Harlequins to the Premiership as director of rugby. An astute man, he may even see a more enticing role will be available at Leinster come the summer of 2014 – or even sooner if Joe Schmidt goes the recommended Kiwi route of managing another country before taking the All Blacks job and brings Ireland to the 2015 World Cup. Anyway, why give up leading the Quins' quest to become a European force? Seems like bad timing.

Best of the rest

A la McKenzie, rumours circulated a few months ago that Vern Cotter (14/1) had been sounded out by the IRFU, but this appears unlikely and in any case he intends seeing out the last year of his current contract with Clermont Auvergne at the end of the next season.

Jake White (9/1) , South Africa's World Cup winning coach, is only in the second year of a burgeoning three-year deal with the Brumbies, which looks like a work in progress, and likewise Wayne Smith (30/1) is happily ensconced with the Chiefs as assistant to Dave Rennie (66/1) .

Nick Mallet's (30/1) status has possibly diminished given Jacques Brunel's work with Italy while a Heineken Cup and/or Premiership titles would enhance the cv of Mark McCall (66/1) .