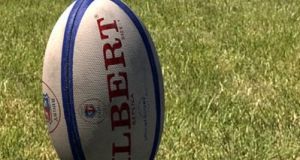 In a letter circulated to Leinster clubs and schools, a leading women’s rugby club has accused the Leinster Branch of the IRFU of gender discrimination. Railway Union RFC has contacted the clubs and schools seeking support to attain senior status, which is currently only granted to clubs with a male team playing in the All-Ireland League (AIL).

The issue centres around the Leinster Branch executive’s interpretation of Bylaw 7.1: “A senior club is a club participating in the AIL.” Railway Union – unlike Tullamore, Old Belvedere and Blackrock – only participate in the women’s AIL.

“We believe that choosing to recognise senior status of a club based solely on where their men’s 1st XV play, and by choosing to recognise the men’s AIL and not the women’s AIL as basis for senior status, discriminates on gender and that such an interpretation goes against Irish rugby’s values, in particular ‘respect’ ‘integrity’ and ‘inclusivity’,” stated Railway Union president Shirley Corcoran in the letter, seen by The Irish Times.

“This interpretation means there isn’t sufficient voice to represent the women’s game within Leinster Rugby governance structures and it does not allow females with the accumulated rugby wisdom, skill set and affinity for the game to become effective representatives and administrators in Leinster Rugby.”

Railway Union have been corresponding with the Leinster Branch on this matter since September 2015. They were previously re-routed to the IRFU governance review only to be told it was not the appropriate forum. Instead they are seeking a two-thirds majority at the Leinster agm next May with a motion that asks the floor to “recognise both the men’s and women’s AIL in this bylaw.”