Leinster come up short in Perpignan 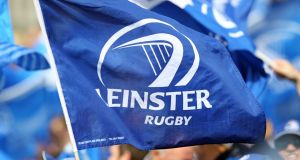 A strong finish by Perpignan secured victory in an entertaining preseason clash at Stade Aime Giral.

It was a memorable night, despite the defeat, for the Byrne twins from Carlow with Ed crowning his first game as captain with a try after less than three minutes while brother Bryan scored in the second-half.

Another Carlow native, centre Tom Daly, also got on the scoresheet for a youthful Leinster side on a cool evening in the south of France when Leo Cullen gave 25 of his young players a run.

Leinster trailed 19-17 at the break and after an exchange of penalties after the restart, they went ahead when Bryan Byrne scored after 53 minutes.

Perpignan kept responding and the sides were tied going into the final quarter before Cathal Marsh raced through for a try which he converted to lead by 32-25.

But the more experienced Perpignan side, who open their ProD2 campaign next week, finished strongly and tries from Christophe Andre and Sadek Degmache sealed the victory.