IRB says emphatic no to British and Irish Cup 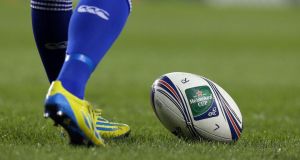 International Rugby Board will not support any cross-border competition not approved by the respective Unions.

Following on from the Anglo-French proposed Rugby Champions’ Cup, which the LNR eventually abandoned to stay within the ERC/Heineken Cup remit for another year, the PRL’s latest brainchild was this time in conjunction with the Welsh regions. It was also clearly an attempt to revive their deal with British Telecom for coverage of a cross-border competition, and reputedly came with financial inducements to the Irish and Scottish Unions.

However, the IRFU and SRU were never likely to jump aboard for a number of factors. Firstly, they were not likely to abandon the French Federation and its president Pierre Camou, who has remained such a loyal ally throughout the impasse over the future of the Heineken Cup or an alternative pan-European tournament, eventually bringing the reluctant French clubs and its umbrella body, the Ligue Nationale de Rugby, on board for next season’s Heineken Cup.

Likely to leave
Nor were the Irish and Scottish Unions likely to leave the WRU, currently in a stand-off with their regions, in the lurch. Furthermore, the IRFU have consistently maintained that they wish to continue participating in a pan-European competition involving the leading teams from all six nations. Accordingly, the WRU, SRU, FFR, FIR and IRFU have committed to playing in a Heineken Cup run by European Rugby Cup Limited next season. To that end, it is understood that legal representatives from the French Federation, IRFU and WRU met in London last Tuesday to look at ways of bringing a pan-European tournament to pass.

Yesterday’s IRB statement could also be interpreted as an attempt to clarify their position for the RFU, hitherto caught between their own clubs and their fellow unions, and perhaps provoke them into greater action.

In their statement, the IRB stated its strong belief “that the establishment of a truly representative pan-European Rugby competition that fully complies with IRB Regulations and Bye-Laws is in the best interests of the global Game.

‘Key terms’
“The IRB acknowledges and supports the commitment of the six nations Member Unions in their ongoing attempts to reach an accord for a genuine European competition that has Europe’s top players and fans at heart. However, despite progress on key terms for the future of European competition, the apparent lack of a common solution across the six nations Unions and their respective clubs, regions and provinces is of concern to the IRB.”

Hitherto not inclined to make pronouncements during this year-plus imbroglio, as significant was the clear indication from the game’s governing body that they will henceforth look to assume more of a mediation role in finding some resolution to the impasse. This follows the unproductive latest round of mediation talks involving the respective Unions and the ERC.

IRB chairman Bernard Lapasset said: “In order to reach an outcome that is in the best interests of Rugby globally, the IRB will work actively with its Unions towards the goal of achieving a unified and acceptable outcome for all stakeholders involved.

“In the interests of the global Game, the IRB reaffirms that it will not support any cross border competitions that are not approved by the Unions of any participating clubs, Rugby bodies and host countries in full accordance with IRB Regulations and Bye-Laws.”