The same Wales but different as Wayne Pivac era begins 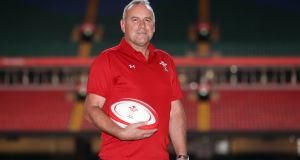 The winds of change are blowing through the Principality Stadium. They will not be kept out by the closed roof on Saturday, breezing in gently at first before approaching gale force as the 2023 World Cup approaches, blowing out the 12-year reign of Warren Gatland. His successor, Wayne Pivac, has a similar accent but a different outlook on the game.

Pivac, who spent five years with the Scarlets before taking over from Gatland after last year’s World Cup, is a believer in the power of positive thinking. Wales won the Six Nations last year with a grand slam but he has told his players that the aim is not to defend the title but to win it again.

Defence involves being on the back foot and Pivac, who showed with the Scarlets that risk-taking and success are not incompatible, wants the emphasis to be on attack. Under Gatland, and their defence coach Shaun Edwards, the belief was that if they contained their opponents to fewer than 20 points, they would win. The priority now will be scoring with attention paid to unstructured play, but rather than rip everything up and start over, Pivac recognises the firm foundation left by Gatland and aims to build gradually on it, extension rather than demolition.

“It is the same place but it feels different,” said the Wales captain Alun Wyn Jones after the team’s run-out at the stadium on Friday. “The focus is on what is to come.”

The bulk of Pivac’s 23 to face Italy, who have not tasted victory in the Six Nations for five years, were moulded by Gatland. The uncapped wing Johnny McNicholl and the replacement centre Nick Tompkins are the exceptions, but eight of the squad played under Pivac at the Scarlets, six of whom are in the starting line-up. A new regime will have an air of familiarity.

Italy are also under new management. Franco Smith has replaced Conor O’Shea as head coach on a caretaker basis and each match will be an entry on his cv. Like Pivac, he wants his players to be bold and having picked an outside-half not known for his tackling at 12, Carlo Canna, the Azzurri will not be preoccupied by defence.

Italy may not just be playing for Smith’s future. It is 20 years since they joined the tournament and they have failed to win a match in half their campaigns. With the Six Nations still locked in talks with the private equity firm CVC, who are willing to spend £300m to buy a 15 per cent stake in the championship, a conservative institution will face upheaval as the investors seek to get a return on their outlay.

The value everyone brings to the Six Nations will be assessed and one reason why an agreement is yet to be reached is that some countries are concerned at what they would be expected to give up, such as total free-to-air television coverage. What price the competition ending up as two divisions of four with matches played home and away?

Italy need to earn credibility having developed the habit of being used by the leading teams as a rest weekend. They will compete with Wales in the back row and that battle should be the highlight of the match. It is the least hazardous start Pivac could have had, but Dublin follows and, for the moment, he will rely on the indefatigable spirit forged by his predecessor. Cardiff will not become the windy city just yet.

1 Level 5 golf shutdown: Ireland one of few countries to close courses
2 Dan Martin toasting another stage win at the Vuelta
3 Molde turn up the heat in the second half to dim the lights on Dundalk
4 Six Nations - Ireland v Italy: Kick-off time, TV details, team news, standings and more
5 Disappointment and frustration par for the courses as golf goes into lockdown
Real news has value SUBSCRIBE

Arsenal complete Rapid turnaround to take three points in Vienna 20:53
Molde turn up the heat in the second half to dim the lights on Dundalk 20:33
Disappointment and frustration par for the courses as golf goes into lockdown 18:59
Keldermann claims the lead in Giro d’Italia 18:57
GAA’s Covid Advisory Group considering GPA demand for universal testing 18:45
Crossword Get access to over 6,000 interactive crosswords