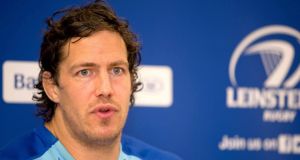 Five full internationals have been named in a 26-strong Emerging Ireland squad for the three game IRB Nations Cup in Romania in mid-June.

Connacht’s Dan McFarland will act as head coach for the trip and will be assisted by Ulster’s Niall Doak for the games against Russia, Uruguay and hosts Romania.

Ulster’s Craig Gilroy and Munster outhalf Ian Keatley are the two full internationals named amongst 11 backs for the trip, while Leinster prop Michael Bent, secondrow and captain Mike McCarthy and backrow Tommy O’Donnell are the capped players in the 15 forwards named.

With Ian Madigan called up for the senior side’s tour of Argentina following the stress fracture suffered by Paddy Jackson, Keatley will battle it out with his Munster colleague JJ Hanrahan for the starting outhalf position, with Leinster’s Noel Reid also providing cover.

Leinster Academy hooker Bryan Byrne will provide back-up to Ulster’s Niall Annett , while Connacht’s Rodney Ah You is one of five props named, along with Bent and his Leinster colleague James Tracy, Munster’s John Ryan and Callum Black of Ulster.

McCarthy is joined by fellow locks Michael Kearney of Connacht and Dave Foley of Munster, while the backrow spots will be contested by the Munster quartet of O’Donnell, Paddy Butler, Sean Dougall, Robin Copeland along with Leinster’s Dominic Ryan.

Announcing the squad, head coach McFarland said: “I am looking forward to working with Neil and this exciting group of players in what will be a highly competitive tournament. It is a great opportunity for players to showcase their abilities and represent their country.”

Ireland head coach Joe Schmidt added: “There is a good mix of experienced and younger players in this squad. They will face three tough fixtures as Romania have already qualified for the Rugby World Cup and both Uruguay and Russia are in the final stages of the Repechage for World Cup qualification.”