Matt Williams: Wallaby win will save rugby in Australia

Australia head coach says that is too easy, his team have to be proud of what they do in the Rugby World Cup final. Cheika also reveals why he does not refer to his opponents as 'All Blacks.' Video: Reuters 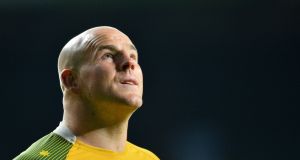 Victory for Australia will see their hooker and captain Stephen Moore, who lived in Galway until he was five years old, collect the William Webb Ellis trophy. Photograph: Glyn Kirk/AFP Photo/Getty Images

In Australia and New Zealand the word Anzac is sacred.

Anzac is the acronym for the Australian and New Zealand Army Corps. The soldiers who fought in the bitter, bloody and disastrous theatres of war at Gallipoli and the French western front during the first World War.

The concept of Anzac is as defining for Australians and New Zealanders, as the 1916 Rising is for Ireland. Militarily, both were failures, yet in their failing, both displayed the most inspirational and noble of human traits.

It was the Anzacs’ deep and abiding dedication to “mateship”, born in the hell of the trenches, that continues to inspire generations of their compatriots.

I am very proud to say that my grandfather was an Anzac. He was one of very few that survived every day of battle on the western front in France. He had the greatest respect for his New Zealand comrades.

He returned home emotionally shattered from the carnage in France. He lived the rest of his life as a pacifist. On the wall in his small home was a landscape painting of a tranquil river valley, in New Zealand’s north island. He never spoke of the significance of the painting. Years after he died, my grandmother gave me the painting. She told me he kept the landscape to remind him of the beauty of New Zealand. A beauty that the Kiwis he saw butchered in France would never see again.

It puts a game of rugby, even one as significant as a World Cup final, into perspective.

New Zealanders and Australians have lived together in the same communities for more than 150 years. We are more than neighbours. It’s not like in the Six Nations when Ireland host Scotland, then on Sunday all the Scots head home. My school teachers were New Zealanders. Kiwis coached me at my club and I played with and against Kiwis. My best mate is married to a Kiwi and my uncle is married to a South Islander, which makes me the nephew of a Kiwi. They are our bosses, our work colleagues, our carpenters, our accountants.

The bastards are everywhere. There has to more than three million of them!

The Kiwis can laugh at just about anything in life, except if it is to do with a black jersey that has a silver fern on it. They are an integral part of the Australian community until . . . New Zealand face Australia at rugby, then they all turn back into ‘B, N, Zers’. Bloody New Zealanders.

The great Wallaby, Nick Shehadie, who was one of the world’s leading props between 1947and 1958, tells the joyous story of his long mateship with a New Zealand opponent. In the old days of long tours, they formed an unlikely friendship. On various trips they invited each other to their parents’ homes and got to meet their family.

They even exchanged Christmas cards.

In the opening minutes of their last Test match against each other, Nick found himself on the bottom of a ruck with his Kiwi mate towering above. The Kiwi cocked his large sheep farmer’s fist and hit Nick a beauty, splitting him like a melon.

After the match, stitches in place, Nick asked the obvious question. Why did he punch him?

The Kiwi, shuffled his feet and sheepishly replied that, “I was getting too fond of you and had to do something about it.”

There is the rugby relationship between Australia and New Zealand, defined in one perfect parable. We are the best of friends, but in a game of rugby, we bring out the worst in each other.

The New Zealanders take the concept of dominating world rugby as a birthright.

They deeply believe the rest of world has to sit meekly by and accept the throat-slitting haka, and then say thank you. Then we all have to refer to their national rugby team by the trademark written on their jersey. According to the New Zealanders, we are all duty bound on these issues.

Now say these words: “They are not All Blacks, they are just bloody New Zealanders.” Whatever it is the Kiwis are selling, don’t buy it.

On the other hand, the Australians – okay, Wallabies, if you insist – can’t believe they have reached the final. The ARU were technically insolvent last year. AFL and rugby league are dominating the Australian sporting landscape. Rugby in Australian is ‘as sick as a parrot’.

Then the World Cup came along.

If the astounding performance from the Australians in making the final can be stretched just a fraction more and they squeeze a win, against a New Zealand team that should beat them off the park, then two wonderful things would happen.

The William Web Ellis trophy would be presented to Stephen Moore, who lived in Galway until he was five years old. If Ireland is rightly proud of Dave Gallaher, the Donegal-born Anzac and captain of the New Zealand originals, then Ireland should be equally delighted to have the Wallaby captain handed the trophy.

Secondly, if the Wallabies win, it may save rugby in Australia.

A win may inspire kids to dream of wearing a gold jersey and play the game. It may entice back the tens of thousands of Australian rugby people who have walked away from the game, believing rugby has lost its soul.

These Wallabies are inspiring Australians because they are playing for something greater than themselves.

I know my grandfather would say, compared to what the original Anzacs experienced, we should all just get over it. It’s only a game and the sun will come up Sunday.

Of course, he would be correct. The sun will come up Sunday and our Kiwi mates will still be our mates.

But let’s also hope the New Zealand rugby team do what they have always done at every World Cup outside New Zealand and they choke!

Those Kiwis might bring out the worst in Australians, but as I told you, when it comes to rugby, they have no sense of humour.