Jones at a loss to explain poor Welsh form 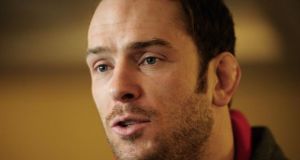 Alun Wyn Jones is unsure as to whether Wales’ British and Irish Lions stars can use fatigue as an excuse for their below-par Six Nations campaign.

Warren Gatland’s side slipped to a 29-18 defeat to England at Twickenham on Sunday, surrendering any lingering hopes of claiming a third straight Six Nations title. Wales’ second loss of the tournament, after being humbled 26-3 in Ireland last month, left Jones frustrated with a host of shortcomings.

France have claimed the Six Nations title in every year directly following a Lions tour, and remain in contention heading into the final weekend’s action. Ospreys lock Jones, along with many Welsh compatriots, played all three Tests in the Lions’ 2-1 success Down Under last year, but refused to allow it to colour Wales’ two Six Nations defeats this term.

“I am not sure that had anything to do with the defeat,” said the 28-year-old. “When you do not have the ball, it makes it much harder and we had to defend a lot.

“I do not know if fatigue is an issue after a long year. Many of us were on the Lions tour, but each individual is different and you would have to ask the opinion of every player.

“It could be an excuse. Although it is a relevant question, I do not think I can answer it.

“It was always going to be a big load this season, but there are potentially bigger things to worry about. You cannot expect teams to be up for a final every Saturday, but you have to in the Six Nations and that is the difficulty we have.”

Wales host Scotland on Saturday, intent on restoring some pride after the Twickenham defeat, with Jones expecting a stubborn challenge from lock duo Richie Gray and Jim Hamilton.

“We are all very disappointed about Sunday,” he said. “We were in the game more than we were in Ireland and certain aspects were better, but there were areas we were not happy with. Two losses at this stage is not what we were looking for. We are lucky we have another game coming up quickly.

“You can take nothing away from England and credit to them: they starved us of ball but when we did have it 50 per cent of our turnovers were unforced errors and we put pressure on ourselves.

“England have bounced back from the defeat in Cardiff last year and we have to do the same. Scotland took a lot of stick in the first two rounds, but they are gaining in confidence and it will be a tough ask.

“Richie Gray’s omission earlier raised a few eyebrows, but he was outstanding against France and he and Jim Hamilton are probably the tallest secondrow pairing in the championship. I know their forwards coach Jonathan Humphreys well: he wanted to be part of the Six Nations again but it has probably been tougher than he thought it would, but they are moving forward. “