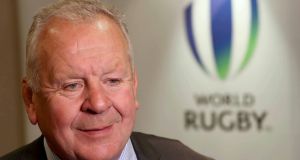 The blueprint for a radical change to rugby’s global calendar, after 2019, is expected in November. This is the main priority for the newly convened executive council of World Rugby under the elected chairmanship of Bill Beaumont and vice chairman Agustín Pichot.

“The deadlines will be coming from unions who will be signing off commercial deals,” said Beaumont.

“They will have to renew contracts whether it is with a television company or kit sponsor or stadium sponsor and they want to know what you’ve got. What’s your infantry?

Beaumont made a vague reference to the Northern Hemisphere fixture list utilising the months of “June and July”.

Georgia, Romania and the USA have been added to the council while Guatemala and Slovakia raises the governing body membership to 122 nations.

Pichot sought Argentina’s entry into the Northern Hemisphere tournament before Los Pumas were accepted by the Rugby Championship.

“We said, ‘Gentlemen, we want to play [in the Six Nations]. We have all of our players in Europe, we’d be really competitive and all we need is one more date’. It was the same as if I was the devil in disguise, the guys looked at me and said: ‘You want to play Six Nations? Impossible.’ Three seconds, I said thanks and I went to the south.”