English RFU to prioritise match tickets for their corporate connections 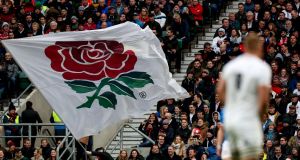 Income from England matches at Twickenham make up 85 per cent of the RFU’s revenue. Photograph: Billy Stickland/Inpho

-England supporters hoping to attend this year’s autumn internationals have been dealt a major blow after the Rugby Football Union changed its ticketing policy to reserve the first 28,000 for corporate contracts.

The move means that unless the government allows for crowds of nearly 30,000 or more in the autumn, the RFU will not be able to sell match tickets to supporters with debenture and box holders, sponsors, as well as the union’s other partners, taking first priority.

Ordinarily, at least 50 per cent of tickets for Twickenham matches are available to the union’s affiliated clubs, who in turn sell them to their members. It is understood however, that the RFU council has approved a temporary suspension on the current ticketing policy for next season. Crowds of more than 50,000 would have to be permitted before “a more appropriate allocation model” is implemented.

The RFU has been lobbying the British government to permit crowds this autumn with losses of £100m forecast if England’s matches take place behind closed doors. The union has calculated that if social distancing of two metres is required this autumn, around 10,000 fans could be admitted with concerns over transport links a factor. If that is the case they would all go to contracted ticket groups.

The government has announced a reduction to “one metre plus” from Saturday but fans being allowed into any sporting events is still dependent on a relaxation of the current rules, or special dispensation under stage five of the DCMS’s protocols.

The RFU believes that with social distancing at one metre, crowds of between 35,000-40,000 would be possible. Given the large number of tickets already contracted however, the remaining seven to 12,000 would be prioritised for the RFU’s affiliated clubs and key stakeholders. The RFU estimates that crowds of that size would be worth £3m a match.

“Given the unprecedented situation and the extreme financial pressure the RFU is under, the RFU council agreed to temporarily suspend the ticket distribution policy to allow for a focus on fulfilling contracted ticket groups for the 20-21 season,” said an RFU spokesperson.

“The decision was taken to preserve rugby revenues, which get invested back in the game. If it is safe for the autumn Internationals to go ahead with crowds in attendance, we are hopeful that we will be able to offer tickets to a wide range of stakeholders and fans.”

Income from matches at Twickenham make up 85 per cent of the RFU’s revenue and if England’s autumn fixtures –- New Zealand, Tonga, Argentina and Australia are due at Twickenham in November – are cancelled altogether losses of £122m are expected.

There is a growing expectation that those matches will not take place however, but with a one-off eight-team tournament featuring the Six Nations as well as Japan and Fiji taking place instead.

The RFU’s ticket pricing strategy will not be confirmed until fixtures and permitted capacities have been signed off. The eight-team tournament would mean that England would most likely host three Tests this autumn, as opposed to the four originally scheduled.

The home unions have been working on a policy that would see them host three matches and travel for two this autumn. The dates of the autumn window have not yet been finalised – World Rugby was due to vote on the framework earlier this week but that has been delayed with both the RFU and the French federation unable to reach agreements with their respective leagues over player release.

The most likely scenario is that England play their postponed Six Nations match against Italy in Rome on October 31st before the eight-team tournament, including three pool matches for Eddie Jones’s side and a final or classification match on December 5th.

There will be a mandatory rest week built into the expanded autumn window while the RFU is also hoping to reschedule its annual fixture between an England XV and the Barbarians, for which some tickets have already been sold.

No fans, no problem as far as Tiger Woods is concerned in San Francisco 21:29
Second Waterford FC player to undergo testing after reporting Covid-19 symptoms 21:15
Crowd limits to remain at 200 as Government stalls move to phase four 21:15
Ryan Brennan secures the points for 10-man Shelbourne in Donegal 20:18
Defending champion Rafa Nadal pulls out of US Open due to coronavirus concerns 20:40
Crossword Get access to over 6,000 interactive crosswords