Emerging Ireland have Georgia on their minds 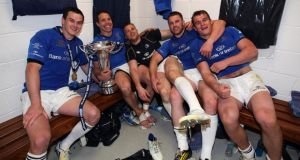 Ruddock is one of only three players capped at senior level, the others are Dublin born, Munster outhalf Ian Keatley and Leinster tighthead prop Michael Bent.

Coach Allen Clarke has plenty of young talent at his disposal, particularly in a backline that includes Niall Morris, who won the Aviva Premership with the Licester Tigers, Ulster centre Michael Allen and Connacht duo Eoin Griffin and Tiernan O’Halloran.

St Mary’s College prop Jack McGrath enjoyed an excellent end to the season with Leinster while Ruddock is part of a backrow, alongside Dominic Ryan and Robbie Diack that is both athletic and quick.

Clarke explained: “The squad has gelled and prepared well. It’s a young side and there is huge potential there. The Georgian team are very physical and we have to match that.”

In squad news, Peter Nelson has come in to the squad replacing Andrew Conway who picked up a calf injury while training.

The new annual tournament is part of the IRB’s ongoing strategy of increasing the competition schedule for tier two nations.

1 Gerry Thornley: Wild reactions to this Ireland team as fickle as the wind
2 Cian Healy out of remainder of Six Nations
3 Man United’s net debt rises by €85.7m to €455.5m in three months
4 Dan Tuohy explains ‘rotten to the core’ comments
5 Doris and Kelleher make strong case to start against Italy
Real news has value SUBSCRIBE