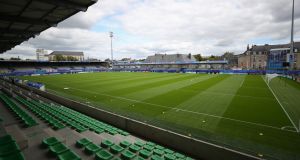 The match was due to be played at Stade de la Rabine in Vannes.

The opening weekend of the Autumn Nations Cup has been thrown into chaos with Sunday’s match between France and Fiji called off after a further four positive cases in the Pacific Islanders’ squad.

Organisers said on Thursday that Fiji had reported two positive tests earlier in the week and after further tests revealed that the outbreak had spread on Friday, the decision was made to call the match off.

It is understood that, unlike France’s domestic league, there is no threshold for a certain number of cases leading to an automatic cancellation but given close contacts of those who have tested positive are also affected, Fiji were deemed unable to field a competitive team.

With no room in the schedule to rearrange the match, organisers will decide on Monday whether France will be awarded a 28-0 bonus-point win or a 0-0 draw will be recorded, while Fiji’s match against Italy next weekend is also in doubt.

The cancellation is a blow to the one-off tournament, scrambled together in place of the traditional autumn internationals.

Ben Morel, chief executive of the Six Nations which is acting as the tournament organiser, said: “This was a difficult and disappointing decision, but it was the only possible outcome following today’s test results. Whilst we’ve all been eagerly awaiting this match, the welfare of our players and their support teams remain our number one priority.

“We have a rigorous testing programme in place. In this instance, it is impossible for the Fijians to field a competitive team and we have no other option but to cancel this match. I want to thank the Fijian and French unions for their collaboration and wish the impacted athletes a speedy recovery.” - Guardian