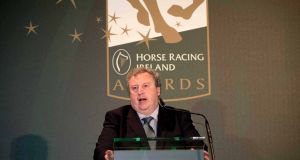 Horse Racing Ireland (HRI) has said it is examining insurance cover options on the movement of cash from racecourses after suffering a €389,000 loss through the liquidation of a security transit company.

In 2019 a liquidator was appointed in the case of Business Mobile Security Services, the holding company of Senaca.

HRI employed Senaca since 2017 to transport Tote takings from all tracks in the country as well as gate receipts and cash takings from its own racecourses.

Racing’s ruling body had its 2019 financial statements examined by the Dáil’s Public Accounts Committee (PAC) on Tuesday where it was outlined how Seneca’s shortfall to all of its clients was €2.1 million with €389,000 of that applying to HRI and its subsidiaries. They include Tote Ireland which lost €281,000.

Appearing by video link before the committee, HRI’s chief executive Brian Kavanagh described it as a “very unfortunate event from our point of view” but added there was no loss from the State’s funding of racing in 2019.

Paul McAuliffe TD asked both Kavanagh and HRI’s chief financial officer Suzanne Eade about future insurance provisions that might be considered in the event of potential fraud.

“We have a policy for racecourses which normally covers fraud. That is normally fraud on the part of an employee rather than on the part of a third party. The Tote did not have that insurance,” Kavanagh said.

“Apparently that is not something insurance companies offer in relation to gambling companies.

“We have built up controls and we are looking to see if insurance can be provided against this type of activity.”

Eade said HRI was among those owed money who had argued that cash shouldn’t be regarded as part of a company’s assets. She said insurance provisions had not changed since then.

“We have a crime policy and the issue with the crime policy is that one, we can’t seem to get it for gambling takings no matter where we go to look for that, and the second one is that when somebody has potentially perpetuated a crime against you, but you have a contractual relationship with them, that’s where the argument is falling down with us,” she said.

Eade commented that the new cash in transit provider was “bang on” in terms of HRI’s requirements but said the body would examine if better insurance opportunities can become available.

Kavanagh came under sustained criticism from some TD’s about the lack of CCTV pictures in stable yards in Ireland on the back of the high-profile Viking Hoard case where the Charles Byrnes-trained horse was ‘nobbled’ with a sedative at Tramore in 2018.

HRI allocated money for the installation of CCTV at some racecourse stable yards in 2018 but that was subsequently diverted by the Irish Horseracing Regulatory Board (IHRB) to licensing matters with the approval of racing’s governing body.

That decision has proved embarrassing for racing with the lack of CCTV at Tramore when Viking Hoard was doped serving to highlight how cameras for integrity purposes only are still located in just one racecourse stable yard in Ireland.

The PAC chairman Brian Stanley asked Kavanagh if he agreed with him that one yard among the country’s 25 tracks is a very poor outcome and the HRI boss did so.

However, he also pointed out that the IHRB are responsible for integrity and that a tender for the installation of stable yard CCTV at all racecourses will be issued by the regulator in the coming weeks.

The semi-State body’s 2019 financial statement also showed a €2.1 million loss for that year in relation to its share in the Curragh racecourse.

Kavanagh told the committee that Irish racing’s HQ was profitable in 2020.

Responding to questions from TD’s Verona Murphy and Seán Sherlock about a possible resumption of point-to-point racing which was suspended last month, Kavanagh said he hoped the sector can return to action as quickly as possible, although couldn’t give any date.

He said it is important to stage point-to-points on their usual sites as any switch to running them on racecourses would only facilitate “the tip of the iceberg” when it comes to demand.

“The solution is resumption,” Kavanagh said.