Highland Reel among 10 entries for King George at Ascot 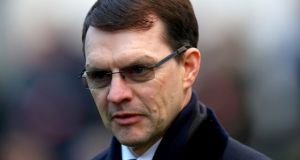 Enable will face nine rivals as she bids to win her third Group One of the season in Saturday’s King George VI And Queen Elizabeth Stakes at Ascot.

John Gosden’s filly was an impressive winner of the Oaks at Epsom and followed up in scintillating style in the Irish equivalent at the Curragh a fortnight ago.

Gosden also runs Jack Hobbs, an easy winner of the Sheema Classic in Dubai before disappointing on fast ground at Royal Ascot in the Prince of Wales’s Stakes, while another stablemate, Maverick Wave, is expected to employ pace-making duties.

The Prince of Wales’s Stakes was won by the admirable Highland Reel. Aidan O’Brien’s five-year-old has won six times at the highest level overall and defends his King George crown.

Sir Michael Stoute’s Eclipse winner Ulysses steps back up in trip to a mile and a half.

A third winner from Ascot’s big meeting in June taking part is Saeed bin Suroor’s Benbatl, who was fifth in the Derby before winning the Hampton Court Stakes.

International interests are catered for by the South American challenger Sixties Song, ridden by Gerald Mosse.

Those not declared include the Charlie Appleby-trained pair of Hawksbill and Frontiersman, Mark Johnston’s Dante and King Edward VII hero Permian and Algometer from Simcock’s yard.