World Athletics Championships - Six events not to be missed 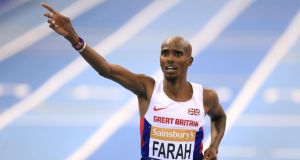 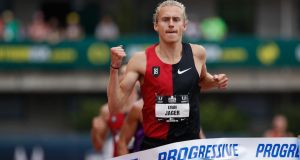 1 Men’s 10,000 metres. Final, Saturday, 1:50pm: The longest race on the track, and trust me, right now impossibly close to call. Mo Farah may have been rocked by that BBC documentary back in June, which raised major concerns over the exact methods – and medicine – of his coach Alberto Salazar, although he was soon back on track, in every sense.

Farah hasn’t lost a 10,000m since finishing a very close second in the 2011 World Championships, in Daegu. He won both the 2012 Olympic and 2013 World titles (also doubling in the 5,000m), and at the start of this summer, the now 32 year-old ran another wildly impressive 26:50.97 in his adopted home of Portland, Oregon. No one has run quicker since, although the Kenyan trio, led by 22 year-old Geoffrey Kamroror, ran astonishingly fast at their trials, in Nairobi – Kamroror’s 27:11.89 the fastest run at high altitude. Kamroror has also promised the Kenyan trio will “terrorise the pace” to ensure Farah does not win, and when it comes to the bell for lap 25, sparks will be flying. Farah probably has just enough sparks left to win (as indeed he should over 5,000m, too).

2 Men’s 800 metres. Final, Tuesday, 1:55pm: From the recently unconquerable to the suddenly fragile, these must be worrying times for David Rudisha. Indeed the scary thing is Rudisha may not even be the best Kenyan in this event in Beijing, as he was beaten into second place at their World Championship trials, just three weeks ago, by the 25-year-old Ferguson Cheruiyot. Rudisha also just about held off World Junior champion Alfred Kipketer, who took third, and is also in Beijing.

Of course Rudisha didn’t run his 1:40.91 world record at the London Olympics by accident. He declared himself only 90 per cent fit for those Kenya trials: “Don’t rule me out yet,” he says, but he’s also been beaten twice this season by Nijel Amos from Botswana (still only 21). There’s also defending champion Mohammed Aman from Ethiopia (Rudisha missed Moscow through injury), and the enormously surprising package from Bosnia, Amel Tuka, who ran 1:42.51 in Monaco – beating Amos in the process. Any one of these six could win, although my worry is it won’t be Rudisha.

3 Women’s Heptathlon, Saturday and Sunday, last event 12:40pm: Three years after winning Olympic gold in front of her home crowd, Jessica Ennis-Hill is back at a major championship for the first time, but can the now 29-year-old possibly revisit the same glorious heights of London 2012? She didn’t compete at all last year, as she gave birth to her son, Reggie, although Ennis-Hill is determined to defend her Olympic title in Rio, no matter what happens in Beijing.

What is certain is that she’ll find out exactly how far the event (or rather all seven events) has moved on since London. Indeed she may not even be the best British athlete anymore, with Katarina Johnson-Thompson, still only 22, recently winning the European Indoor title in Prague, in March. And they’ll both have to beat Canada’s gold medal favourite Brianne Theisen-Eaton. Few titles in Beijing will be harder won.

4 - Women’s 1,500 metres. Final, Tuesday, 1:35pm: Remember Ma’s Army? Well, it is 22 years now since the simply incredible march of Chinese women’s distance runners, under their notoriously mysterious coach Ma Junren. And among the many seemingly unattainable world records set by his athletes, in 1993, was the 3:50.46 for 1,500m run by Qu Yunxia.

Now, enter Genzebe Dibaba from Ethiopia. In July, she finally and somehow eclipsed that mark, running 3:50.07 in Monaco, and is eying up a 1,500m-5,000 double in Beijing. Still only 24, and part of the already prolific medal-winning Dibaba family, the question here shouldn’t be if she’ll win, but how much she’ll win by. Although Dibaba’s outdoor record is not yet entirely convincing, and the young Sifan Hassan of the Netherlands may well have something up her sleeve.

5 - Men’s 3,000 metres steeplechase. Final, Monday, 2:15pm.: No country has commanded greater respect in this event than Kenya, although it could be the athlete commanding the most respect in Beijing is an American. Indeed Evan Jager was on course to make history at the Paris Diamond League meeting last month, having dropped all the top Kenyans, only to crash into the final hurdle. Jager still got up to finish in 8:00.45, an American record.

Jager likes to race from the front, too, and will unquestionably test the Kenyans. Yet consider this: the Italian Francesco Panetta was the last non-Kenyan born athlete to win this title (winning gold in Rome in 1987, after the top Kenyan Joshua Kipkemboi fell on the fourth lap). Ezekiel Kemboi is also in Beijing, seeking a fourth successive gold medal, as is Jairus Birech, the man who took advantage of Jager’s fall in Paris. In fact there are four Kenyans (Kemboi gets an automatic slot as defending champion), and each one of them will be putting up an unmerciful fight to ensure Jager doesn’t win. There will be blood on the track come the finish.

6 - Women’s 200 metres. Final, Friday, 2:0pm: This event might have been billed as a showdown between the American Allyson Felix, the fastest in the world this year, and Shelly-Ann Fraser-Pryce, the defending champion from Jamaica. Only Felix has opted for the 400m only, despite being ranked just fourth this season, while Fraser-Pryce has opted for the 100m only, looking to defend that title she also won in Moscow.

So, could this be another Schippers show? The 23-year-old Dafne Schippers from the Netherlands, formerly specialising in the heptathlon, will also run the 100m, but if she can repeat the 200m form displayed when winning the European title in Zurich last summer, it could be a rare European victory over the all-conquering Americans and Jamaicans. Then again Jamaica’s Elaine Thompson might have something to say about that.