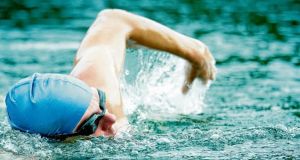 The glaring differences in the levels of participation in sport and fitness activity between social classes is the dominant theme that permeates this year’s Sport and Sponsorship Sentiment Index (SSSI).

From a Government and policy-making perspective and for those with an interest in the health of the nation, the big picture reveals that participation in sport and physical activity has risen in recent years.

Irish people, it seems, are more active and healthier than ever and our levels of physical activity look impressive. Only 18 per cent of Irish people claim to take no exercise at all, down from 23 per cent in 2013. Playing organised or competitive sport has risen to 11 per cent from 8 per cent in 2013 with a further 19 per cent playing sport for recreational purposes. As has been the case since this research began, the move to fitness-based activity and taking part in leisure sport to stay healthy has risen with 51 per cent of people falling into this category.

The growth in popularity of sports with a predominantly participative and non-competitive nature such as cycling, swimming and running has continued.

Fifteen per cent of Irish people now cycle, with 16 per cent running and 24 per cent regularly swimming. These three activities are on the rise and still growing substantially. Mini-marathons, Park Runs, charity cycles, Cycle to Work schemes, better infrastructure and facilities and more awareness around the need for healthier lifestyles have all played a contributory role.

Like any extensive body of research, it is only when you delve deeper that insights emerge however.

It is the stark contrast between the social classes and their levels of participation in sporting or fitness activities that is most revealing.

ABC1s are considerably more likely to be a member of a gym (38 per cent v 26 per cent) and play organised sport (13 per cent v 8 per cent) than those from lower socio-economic groups. Those from the C2DE grouping live much more sedentary lives than ABC1s. Almost 25 per cent of people from the C2DE socio- economic groups are completely passive and do not take part in any exercise at all, compared to 15 per cent of ABC1s. This is not a one-off and it has potential repercussions for society in general.

These findings are backed up by several other academic papers and Government findings in Ireland and overseas.

Research by Sport England for 2014/15 for example, clearly highlights the fact that take-up and participation among managerial and professional workers is high but “it is lowest among manual workers and unemployed”.

An Economic and Social Research Institute (ESRI) report on behalf of the Irish Sports Council from a decade ago states that “those with low income or low educational attainment are many times less likely to participate. This effect is so strong that the large majority of people who play sport in Ireland are from higher income and better educated social groups.”

What the 2015 PSG Sports Index shows then, is that little has changed in the last 10 years and those from lower social classes are significantly more likely to be sedentary and less involved in fitness activities.

Education levels, social class and access to facilities are the likely major contributing factors according to the sports sociologists.

Dr Paul Rouse, a lecturer in the School of History in UCD who has written about the GAA, says, “It is a simple fact that sporting participation is heavily influenced by your level of income and by your educational attainment. Research is clear that by the age of 10, children from lower income households are participating less in sport.

“This divide worsens throughout the course of people’s lives. On top of that people from lower-income households are much less likely to take up a new sport. The overall result is that class matters when it comes to who plays sport in Ireland.”

The various reports highlight the obvious health concerns that lack of sports participation can have, but also that the disadvantaged and those from lower socio-economic groups lose out on sport’s contribution to social capital – the networks, relationships and friendships that are formed through a common interest in sport.

A straight line is then drawn from the impact of disadvantage on sports and fitness participation as a contributor to social exclusion and the need for this to be factored into policy decisions and funding, especially when it comes to education and facilities, with priority given to policies that would clearly benefit lower social classes and the disadvantaged.

Ireland may be healthier and fitter than it was before, but it seems participation levels are not spread evenly among the classes and that in this country and others, your wealth is your health. The PSG Sports and Sponsorship Sentiment Index is a comprehensive 1,000 person nationally representative survey with quotas imposed on gender, region, age and social class. The research was carried out by PSG Sponsorship and Ignite Research and examines Irish people’s attitudes towards sport, their sporting heroes and levels of participation and fitness.

nMick O’Keeffe is chief executive of PSG, a communications company

1 Owen Doyle: Creeping professionalism of schools rugby a threat to the game
2 Gary Neville in Qatar an exercise in semi-journalism
3 Jürgen Klopp insists Liverpool title party is not on his mind
4 Darcy Graham ruled out of Scotland’s clash with Ireland
5 Investment in our Olympic hopefuls may be costly – but it’s worth it
Real news has value SUBSCRIBE