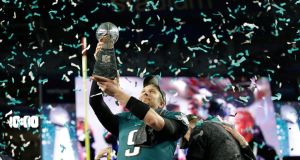 Donald Trump has disinvited the Philadelphia Eagles, the 2018 Super Bowl winners, from a planned White House celebration, escalating his clash with American athletes over protests during the national anthem.

The football team was “unable to come to the White House” on Tuesday, he said in a statement released late Monday night, adding: “They disagree with their president because he insists that they proudly stand for the national anthem, hand on heart, in honor of the great men and women of our military and the people of our country.”

Trump’s announcement came after a number of players had said they planned to shun the White House visit. Three of those players – safety Malcolm Jenkins, defensive end Chris Long and receiver Torrey Smith – are part of a group that publicly supported Colin Kaepernick, the NFL player who kneeled during the national anthem to protest racial inequality.

Eagles owner Jeffrey Lurie reportedly did not want to put his staff in an uncomfortable position over whether to meet the president or not and ultimately decided to send a small contingent to the White House. Had the visit gone forward, fewer than 10 players were expected to attend, according to the NFL Network.

In the president’s statement, Trump rejected the offer to send a smaller delegation, saying the “1,000 fans planning to attend the event deserve better”. Trump said the fans were still invited to the White House “to be part of a different type of ceremony – one that will honor our great country, pay tribute to the heroes who fight to protect it, and loudly and proudly play the National Anthem.”

Late Monday night, Trump weighed in on Twitter: “The Philadelphia Eagles Football Team was invited to the White House. Unfortunately, only a small number of players decided to come, and we canceled the event. Staying in the Locker Room for the playing of our National Anthem is as disrespectful to our country as kneeling. Sorry!”

Despite Trump’s statement, Jenkins and Long were not skipping the White House ceremony solely because of the president’s position that athletes should not be allowed to protest during the national anthem.

“No one refused to go simply because Trump ‘insists’ folks stand for the anthem,” the former Eagles receiver Torrey Smith said on Twitter. He said the president’s statement was riddled with “lies”.

“There are a lot of people on the team that have plenty of different views,” Smith said on Twitter. “The men and women that wanted to go should’ve been able to go. It’s a cowardly act to cancel the celebration because the majority of the people don’t want to see you. To make it about the anthem is foolish.”

Pennsylvania lawmakers were quick to seize on the turn of events, and invited the players to tour the Capitol instead.

“I’m proud of what the @Eagles accomplished this year. I’m skipping this political stunt at the White House and just invited the Eagles to Congress. @Eagles How about a tour of the Capitol?,” Pennsylvania senator Bob Casey, a Democrat, said on Twitter.

In a statement on Monday night, Philadelphia mayor Jim Kenney said that rescinding the Eagles invitation to the White House “only proves that our President is not a true patriot, but a fragile egomaniac obsessed with crowd size and afraid of the embarrassment of throwing a party to which no one wants to attend”.

He added: “City Hall is always open for a celebration.”

Trump’s announcement came two weeks after NFL owners issued controversial guidelines saying teams would be fined if their players did not show appropriate “respect” for the national anthem. The policy sparked immediate backlash, though Trump celebrated the rules as a victory, saying if someone fails to stand for the anthem, “maybe you shouldn’t be in the country”.

Last year, Trump rescinded an invitation for the NBA-champion Golden State Warriors to visit the White House, ending a tradition that dated back several decades. The Cleveland Cavaliers star forward LeBron James famously called the president a “bum” at the time, tweeting: “Going to White House was a great honor until you showed up!”

The president previously criticised the protests – meant to raise awareness about racism and police brutality in America – by saying: “Wouldn’t you love to see one of these NFL owners, when somebody disrespects our flag, to say, ‘Get that son of a bitch off the field right now.’”