‘There is a huge black cloud’: Wolff’s emotional tribute to Lauda 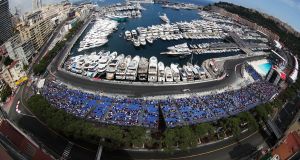 The Mercedes team principal, Toto Wolff, delivered an emotional tribute to Niki Lauda at the Monaco Grand Prix. The three-times world champion, who died on Monday aged 70, was nonexecutive chairman at the team. The pair had become close friends, as had Lewis Hamilton and Lauda, and Wolff said his driver and the whole team were sharing his grief and sadness.

Speaking in Monte Carlo before practice for the weekend’s race began, Wolff revealed how hard Lauda’s death had hit him. “The last 48 hours were terrible, I feel like a zombie,” he said.

“I keep looking at pictures and find myself with tears in my eyes every half-hour because he is not here any more. There is a huge black cloud. He is so dearly missed in this team and dearly missed in F1. I feel we have lost what was the heart and soul of F1.”

Lauda joined Mercedes in 2012 just before Wolff was brought into the team in January 2013. The two Austrians have been instrumental in Mercedes going on to dominate F1 from 2014, since which they have won five consecutive doubles of the drivers’ and constructors’ titles. Wolff, however, stressed how hard it had been to focus on the team’s task in Monaco.

“This is very difficult for the team, for all of us, and most importantly very difficult as a friend,” he said. “It’s not an easy situation to try to go back to racing, especially not in Monaco with so much media attention, trying to keep it together emotionally and speaking about a friend.

“This is what hurts the most, it is one thing that the world and F1 has lost the biggest icon but it is totally different and much more difficult situation to have lost a friend.”

Lauda was key in persuading Hamilton to join Mercedes in 2013 and the British driver has frequently described the close friendship he and Lauda had developed. On Wednesday he was excused from taking part in the FIA press conference as he dealt with Lauda’s death. Hamilton said on Tuesday that Lauda had been a “bright light in my life” but he has not made any further comment. Wolff said Hamilton shared his strong emotions and grief.

“We are in a similar frame of mind,” he said. “We have lost a friend. It is very difficult in out environment. It is very difficult to comment 48 hours after you have lost a dear friend. Lewis and Niki are bound together by the link of being multiple world champions. Very few people have experienced what these two have experienced, winning over several years, winning championships against the best, driving a car on the limit.”

Mercedes go into the weekend having scored a record five one-two finishes to open the season. Wolff said the last time he spoke to Lauda regarding racing was after the Baku Grand Prix. Always looking forward and fiercely competitive, Lauda only wanted more from his team. “He said: ‘Keep on going, it doesn’t get any better than this,’” the team principal recalled.

Hamilton topped the timesheets in first practice at Monaco, with Red Bull’s Max Verstappen putting in a strong run to take second place, just five-hundredths back. Valtteri Bottas was in third with the Monégasque driver Charles Leclerc in the leading Ferrari, three 10ths down in fourth.