Banbridge extend their lead at the top of domestic league 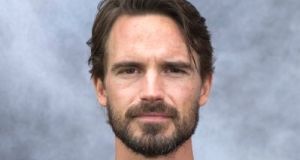 Alexander Cox: took on the role of Ireland head coach during the summer

The Irish men have one last chance to impress in club action before national coach Alexander Cox makes his first major cut to the possible World Cup line-up.

The Dutchman has been working with a panel of 28 for the past month six weeks in a series of two-day training camps, initially at Lisnagarvey and then in the Netherlands.

With the World Cup getting underway in late November, Cox will name his first formal squad selection on Tuesday, when a new team sponsor will also be announced.

They will travel to Valencia for a four-nations event, taking on Spain, the Netherlands and England from October 29th to November 4th.

Following that, they also have challenge matches against Belgium and the Netherlands lined up before heading out to India.

It is also a pity that there are currently no home build-up games scheduled for local fans to get behind prior to the side’s departure.

From Cox’s perspective, the first half of his club season comes to an end on Sunday, with Kampong playing their last Hoofdklasse game before Christmas.

It means his full focus will be on the Irish side with David Harte (Kampong), Sean Murray and Mark Ingram (HC Rotterdam) in the same boat.

The seven Belgian and three German-based players’ club commitments end a week later. The 10 players involved in the domestic league, though, are scheduled for club games right up until the week before the flights to India.

On home turf, Banbridge extended their lead at the top of the EY Hockey League on Wednesday night with a narrow 2-1 win over Annadale.

Dale led two minutes before half-time via Ryan Burgess only to concede to a Fraser Mills strike before Jonny McKee won it in the final quarter.